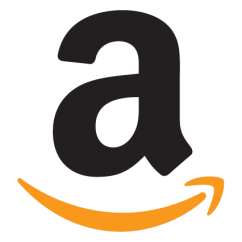 Seattle, WA—A dozen or so international luxury accessories and ready-to-wear labels will be opening shops on Amazon next month, inaugurating the e-commerce behemoth’s foray into luxury.

A WWD article (via Yahoo! Finance) says that though brands will operate their own concessions on Amazon and have control over how their pages look, they’ll have access to centralized Amazon warehouses in the United States—reportedly in Arizona—and its vast delivery network. A $100 million marketing campaign is also reportedly in the works, tapping Amazon’s TV, film, and streaming projects.

The platform’s launch was originally slated for spring but was delayed till fall because of the coronavirus pandemic.

Amazon has been trying since 2012 to get deeper into high fashion, but has met with some resistance, especially on the high end. But recently it found an inroad with the Common Threads: Vogue x Amazon Fashion project, created to help boost designers’ sales during the pandemic. The brands on the new luxury platform are purportedly even higher-end than those in the Voguecollaboration, which already boasts upscale names like Tabitha Simmons, Thakoon, and Derek Lam.

If the platform takes off, it could be a double-edged sword for the luxury sector. In a presentation at the Plumb Club breakfast in 2018, Doug Stephens, author of Reengineering Retail: The Future of Selling In A Post-Digital World, told jewelers that Amazon is, first and foremost, in the data business, not the retail business. Its acquisition of Whole Foods had nothing to do with a desire to sell groceries at a 2% margin, but everything to do with tracking what Whole Foods’ affluent, upscale shoppers buy, he said. At the time of Stephens’ talk, 60% of all online sales were going to or through Amazon—and he warned brands or retailers that sell on Amazon are being tracked closely. Any product that’s very popular is ripe for Amazon to then create its own version, warned Stephens.

“If you think you’re selling something Amazon can’t, think again.”