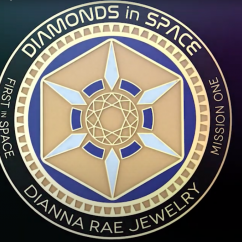 Working with NASA, jeweler Dianna Rae High will be the first to put diamonds on a commercial space mission to the International Space Station, then make them available for sale to the public upon their return to Earth.

High has been a jewelry designer and diamond and gem specialist for over 25 years. A graduate of GIA and a Registered Jeweler of the American Gem Society, in 2014 she opened her eponymous store, Dianna Rae Jewelry, in Lafayette, LA. In just seven short years, she has been honored with two Jewelers of America CASE awards; numerous Jewelers of Louisiana Design awards, was runner-up for JCK’s Luxury Retailer of the Year, and earned INSTORE’s distinction as one of America’s Coolest Stores. 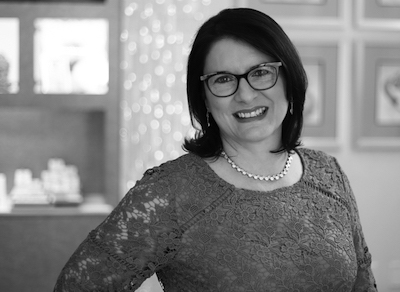 Starting October 26, 2021, High began pre-selling a limited number of natural and lab-grown diamonds scheduled to rendezvous to the International Space Station, traveling in low earth orbit at a speed of 17,500 mph. The stones, which range in price from $745 to $2 million, are planned to launch and return in early summer of 2022. The stones include both natural and lab-grown diamonds as well as rare natural fancy color diamonds, offered as loose gems or set into a mounting of the buyer’s choice. Each diamond will be numbered, laser engraved, and documented by the American Gem Society Laboratory, and each purchaser will be able to track their diamond's 10-million-mile journey as it makes its way to orbit and back to Earth. Buyers will be updated with high quality videos, pictures, and precise data on the travels of their diamond, from packaging it into a custom-made, flight-approved space case, placing it into the spaceship’s cargo by logistics specialists, and every subsequent step through splashdown return.

At present, High doesn't know exactly how many stones she can send on the mission. "We have a 2kg (approx. 4.4 lbs) weight limit, including packaging.  We are currently working with NASA engineers to determine the lightest weight packaging but so far it takes up more than 1/2 of our weight.  We are pre-selling the diamonds so we don't yet know the exact carat weight of each diamond or the quantity," she says. But they've already sold quite a few and that number keeps changing, she says.

The idea came about a few years ago when High's husband, Jeff, toured SpaceX and gained a few contact names from that visit. When the idea of sending diamonds to space came up, he started making calls, beginning a year-long negotiation with SpaceX and NASA and various space cargo companies, explains High. The couple eventually chose NASA because they offered the best of both, says High.

"Our Space Act Agreement is with NASA. Our diamonds will fly on an unmanned SpaceX Falcon 9 rocket to the International Space Station.  They will return on an unmanned Dragon capsule 30-40 days later.  CRS-26 is a supply mission sending food, tools, and supplies to the ISS.  And it will return with trash, completed experiments and broken tools to earth," she told The Centurion.

At press time, High did not have a date or location for the launch, but High promises all buyers will be invited to a fabulous launch party. "We are thrilled to be the first company to send diamonds to space with the new Commercial Space Division of NASA!"

High also is offering a new line of space-themed jewelry, taking design inspiration from the Space Station cupola, shooting stars, and angels. Back on Earth, the jeweler is committed to ethical sourcing for both metals and gems, and even has gold recycling capability on-site, allowing customers who have sentimental gold items to recreate them into a design of choice using the exact same gold. High, who specializes in custom design, also designed her store with the workshop and manufacturing area visible to customers from behind a window.

Learn more about the Diamonds In Space program here or in the video below.

Next article:
JSA Crime Report: Burglaries Up Almost 94% Year-On-Year In 2020