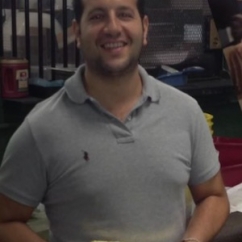 Although the American Greed episode--titled Black Market Dirty Gold--was somewhat more dramatic in its presentation than The Weekly, the Times’s documentary investigative report series, it reinforced many of the same points made by the Times. Specifically:

One additional thing American Greed pointed out that The Weekly didn’t address: the unsuspecting workers in those American refining companies who now have lost their livelihoods, and the towns that lost a major source of jobs once the refineries were discovered to be criminally liable and shut down.

CNBC (not to be confused with political news channel MSNBC) is the business news channel from parent company NBC Universal. American Greed airs Monday nights at 10 p.m.; click here to access the gold episode on CNBC’s website, or it may be available through Hulu or your TV provider’s “on demand” service.

Separately, the U.S. Department of the Treasury’s Office of Foreign Assets Control (OFAC) slapped sanctions on a Turkish/Syrian jewelry company for allegedly helping to convert gold into cash that was then used by ISIS to fund sleeper cells in Syria and Iraq, JCK reports. The Al-Hebo jewelry company, which does businesses under multiple names, was named in a Treasury Office statement. Jewelers Vigilance Committee CEO Tiffany Stevens told JCK that JVC is working to provide further guidance on due diligence for the gold supply chain to help companies avoid unwittingly doing business with bad actors.

Meanwhile, gold prices continue their upward trajectory. At press time, the metal was trading around $1495 an ounce, abut 20% higher than this time last year and its highest level since 2013.

Recession fears, trade wars, political uncertainty around Brexit and other global issues, and monetary policy of various central banks are helping drive prices up, say experts. But how far up will it go?

Rohit Savant, vice president of research at metals consultancy CPM Group forecasts gold will average $1,410 an ounce for the whole of 2019, and rise to average $1,600 an ounce in 2020. That’s on par with BMO's forecast but significantly more conservative than Citigroup, which on Tuesday predicted the metal will cross the $2,000 threshold in the next two years, shattering the all-time record of $1921 set in 2011.

Next article:
How To Multiply Your Time | Rory Vaden | TEDxDouglasville