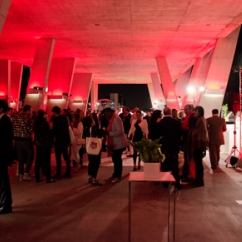 New York, NY—As we approach Art Basel Miami in less than two months, I can make three predictions. Lots of luxury brands will spend tens of millions of dollars – yes tens of millions - throwing lavish parties. Secondly, lots of expensive art will be purchased in a very short time. Lastly, most of the marketing dollars will be at best an exercise in public relations. (Image at left: The Ferrari party at ArtBasel Miami 2011; artobserved.com.)

There is no doubt that the super rich have an affinity for expensive art and high-end culture. Look at the boards of any museum or philharmonic. And there is no doubt there is a strong connection because the artisan craftsmanship of beautiful jewelry, watches and the inspiration of fashion designers and other luxury purveyors with the talents of world class painters, sculptors, sopranos or tenors.

Yet at the end of the day, much of the audience for museum galas or Art Basel Miami parties is not the Ultra High Net Worth or Super Rich consumer that the luxury brands are hoping to network with and cultivate as customers. In fact the Miami Convention and Visitors Board expects close to 100,000 people to flock to the city. In the convention center alone over 250 galleries from 31 countries will be fighting for their attention. If 2015 is anything like previous years, there will be around 300 to 400 private jet flights bringing in the wealthy. If you want to say there is an average of six people on the jet, we are talking about 2,500 people who are probably UHNW, usually defined as having a net worth of at least $30 million. And while that is a nice concentration of the well to do, it isn’t much different than what you would find on a fall Saturday in any number of cities across to country from South Bend to Baton Rouge and Austin, Texas. Major collegiate football teams draw between 80,000 and 100,000 fans to those games, and for the big schools when they play big games, having several hundred private jets flying in super rich alumni who will view the game from luxury boxes is the norm. 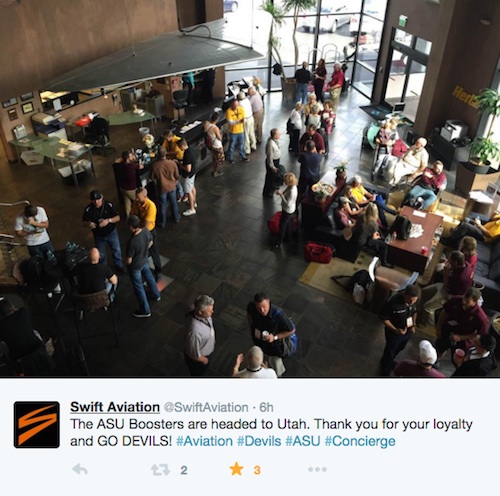 The picture above shows the lounge of Swift Aviation in Phoenix, as fans of Arizona State mingled awaiting their private jets to see the Sun Devils play Utah; not a marquis match-up.  The Phoenix/Scottsdale area has three main airports that serve private jets and more than a half dozen FBOs (private jet terminals) like the one pictured above.  This scene is repeated in dozens of cities around the country.

Wealth-X research shows that UHNW consumers account for over $200 billion a year in luxury spending, and as a segment are the biggest "niche" of consumers buying watches, jewelry, fashion, luxury autos and fashion.  Its research shows the narrow Super Rich market (there are only 212,000 families worldwide) spends over $25 billion per year just on mechanical watches and fine jewelry, 35 percent of worldwide consumption, meaning for marketers, if they know where to look, it is possible to find lots of financially qualified consumers without paying to reach millions of people who don't have the money to be customers.

While it may make sense for multiple reasons for luxury brands to bump heads with each other in places such as Art Basel Miami, the example of college football is a good lesson that the Super Rich have many other passion points beyond the arts. It is also good to remember as many billionaires dropped out of college as went to Ivy League institutions, and the vast majority matriculated from state universities. There are large Super Rich populations outside of New York, Miami and Los Angeles with plenty of money. For example, there are more UHNWs in Minnesota than Russia and more super-rich in Wisconsin than Saudi Arabia. 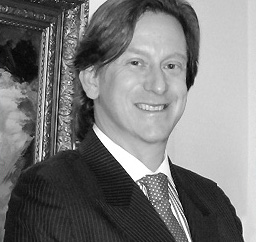 Author Doug Gollan is an expert on marketing to the super-rich.

Beyond cultural gathers and college football games, where else can you find the super rich?  There are quite a few places, but in each case, like Art Basel Miami, the key is to find a way to access them amid the throng of aspirational consumers and posers virtually any big event draws.  However, if you are looking for interesting venues that aren't oversaturated by luxury goods sellers, think about the VIP boxes at sports stadiums, be it hockey, basketball, baseball or football.  These boxes can run hundreds of thousands of dollars a year, and some arenas have hundreds.  Other places include big game fishing tournaments where the cost of entry and to compete can easily run six figures. Hublot has been successful by going beyond the stereotypical luxury partnerships, recently signing a deal with the Dallas Cowboys. Watchmaker Graham London has a partnership with the Los Angeles Kings.  Boat shows such as Ft. Lauderdale and Miami draw Super Rich from around-the-world, and yacht brokers such as Northrop & Johnson offer luxury brands the ability to partner in their VIP hospitality area, which is strictly limited only to UHNW yacht buyers, providing marketers the ability to separate out aspirational consumers and network with the SuperRich.

For luxury brands seeking to grow high-value, high-spending consumers, a broader view of who the wealthy are, what their passions are and where they can be found is a good way to find new clients. At the same time, there will be plenty of appreciative posers and appreciative fans of the arts drinking free champagne in early December in Miami Beach. Bottoms Up!

Doug Gollan is an expert on marketing to Ultra High Net Worth (UHNW) consumers. In 2001 he founded Elite Traveler, a magazine distributed aboard private jets, and is author of "The Sky's The Limit:  Marketing To The New Jet Set" based on over 600 interviews with private jet owners.  His next book is Sales Superstars: Secrets of Selling to the Super Rich.  He currently is a consultant and was recently named as one of the 25 Best Luxury Digital Experts To Follow. His website is douggollan.com.