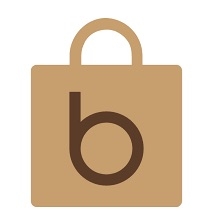 Merrick, NY—You heard it here first: rental clothing is officially a trend. No longer limited to itchy polyester tuxedos, renting each season’s latest is about to jump status from trend to craze. Rental—and its close relative, resale—both have great appeal to consumers concerned about the impact of fast fashion on the environment.

In addition to the recent announcement by the URBN Group, parent company of the Urban Outfitters, Free People, and Anthropologie brands, now Banana Republic, a division of Gap Inc., is about to get into the clothing rental market.

Related: The Trend You Should Be Jumping On—Or At Least Seriously Considering

It doesn’t get much more mainstream than that. Or maybe it does: Bloomingdales recently announced a subscription apparel rental program called “My List,” set to launch in September, while parent company Macy’s has partnered with online resale site ThredUp to offer secondhand apparel in 40 of its stores. Macy’s is eyeing rental as well: it will use the “My List @ Bloomingdales” program as a learning tool to develop a similar program for its Macy’s stores in the near future, reports RetailDive.com.

Fashion rental has been an essential experiment for retailers struggling to reignite demand. As this article explains, consumers are just not that into it anymore. Between relaxed dress codes, the gig economy, and a desire for 24/7 comfort, the only apparel category experiencing growth is athleisure.

Related: What Kind Of Jewelry Goes With Lululemon?

For jewelers struggling to attract Millennials or Gen-Z, both rental and resale could solve a multitude of dilemmas. The most recent data from luxury reseller TheRealReal shows a 132% year on year jump in demand for second-hand watches, with the biggest impact coming from high-end mechanical timepieces over $30,000.

Fashion rental is no longer a fringe offering: well-known mainstream stores are offering it.

Banana Republic’s new rental service will be called Style Passport, and is set to debut at the end of September as well, according to an article on RetailDive.com. For a monthly fee of $85, customers will receive three garments, with unlimited exchanges and returns and the option to buy any of the garments. The monthly fee also includes delivery and cleaning. It’s limited to women’s apparel for now, but RetailDive.com says it has plans to add menswear at a later date.

“Consumers' willingness to forgo ownership of apparel in favor of keeping a rotating set of styles in at least part of their closet has spurred several brands to develop rental models. Most consumers in the space are younger, and many see it as a sustainable practice, although the back-and-forth shipping and packaging may undermine that,” says the RetailDive article, pointing out that views around secondhand clothing have changed dramatically as sustainability continues to be a focus for fashion.

Now that the trend has trickled down from high end to high street, many more mainstream retailers than people realize are offering a rental service. For instance, mall mainstays Ann Taylor and Express both have been in the rental business for more than a year. Ann Taylor launched its $95/month service more than 18 months ago and Express launched its $70/month program last fall. All three—Banana Republic, Ann Taylor, and Express—have similar parameters of three items per box, an option to buy, and unlimited exchanges. Both Gap and its Old Navy division, meanwhile, have rental programs for children’s apparel, and athletic-wear brand Under Armour also has a rental program.

As this article in The Centurion Newsletter suggests, it is a trend that jewelers should consider seriously as a way to monetize slow-moving inventory and get consumers interested in the fine jewelry category in a nonthreatening way. Consumers who wear costume jewelry because of its price now can enjoy wearing the real thing without blowing their budget. Hopefully it will lead to making fine jewelry more of a priority purchase for them, but even if it doesn’t, the positive word of mouth is valuable too.

How to set up a rental program. A jewelry rental program is not as financially risky as it might seem. The key, of course, is clearly spelling out all the parameters in a rental agreement the customer signs before taking the piece.

First, understand the difference between loaning and leasing, says Edward Gueits of Willis of New York. While loaning (or renting) is typically thought of as a more short-term agreement and leasing as a more long-term agreement, the distinction matters for insurance coverage. The business model dictates the appropriate coverage. Both are options for jewelers to consider: short-term rental works for a day or two covering a special occasion, whereas a lease would allow a customer to keep pieces for several months and wear them over and over.

“Companies that lease the jewelry have the individual customer obtain coverage for the item, similar to leasing a car. The customer covers the item individually and names the owner of the jewelry as loss payee in the event of a claim,” explains Gueits. By contrast, companies that rent jewelry can take out the coverage for the individual customer, with the understanding that the customer is responsible for a certain percentage of the total value in the event of a loss, he says.

“Some retailers/wholesalers can also extend their coverage to include memo to private customers, including the wearing [of the jewelry] as a courtesy to preferred customers.”

Any rental agreement a jeweler draws up should state the parameters of the loan, including the customer’s financial responsibility in the event of loss, damage, or failure to return the item, says Susan Scafidi, founder and director of the Fashion Law Insititute at New York’s Fordham University. 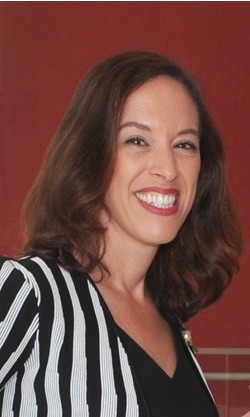 Susan Scafidi, founder and director of the Fashion Law Institute at Fordham University.

“For clarity and to decrease the possibility of a dispute later, it would be prudent to note the retail value of the piece in the agreement,” she advises.

A security deposit—either cash or credit card—is another way to cover yourself in the event of loss, damage, or failure to return the piece, but Scafidi says the regulation of security deposits vary from state to state.

“Some states require security deposits be placed in a separate, interest-bearing account, with any interest accrued to be returned to the customer along with the original amount. Many states also have different rules for renting real estate, cars, and personal property, and state laws can even distinguish between security deposits of different amounts or rentals of different lengths of time,” she told The Centurion. Still, it doesn’t have to be a deterrent: have an attorney review your state’s applicable rules, and be sure to include charge and its terms in the rental agreement, says Scafidi.

Finally, although renting is so new to the retail industry in general (and the jewelry industry in particular), don’t underestimate how quickly crooks could catch on. A savvy thief could borrow an important piece and switch the stones.

The best way to guard against this is to make sure all your rental pieces have up-to-date appraisals and that the diamonds or gemstones within them have grading certificates with the stones plotted. Just like a rental car agreement requires customers to sign off on a diagram of existing scratches and dents, a copy of the grading certificate could be made part of the rental agreement, along with a clause stating that the jeweler has the sole right to determine whether the item is damaged or any stones have been switched, says Scafidi.

“Going forward, as more stones are traced through methods like blockchain and are specifically identifiable, that information can be included as well. Of course, a customer could always dispute the jeweler's statement or even argue that the grading certificate did not accurately describe the stones in the piece at the time of rental, but a signed agreement strengthens the jeweler's position,” she says.

But as the parallel trends of access over ownership, and dressing for maximum social media impact converge, Scafidi thinks jewelry rental could be a potential goldmine for the industry (no pun intended). Especially as retro styles from the 1980s are coming back, jewelers could finally monetize some older merchandise, and of course the best way to avoid cannibalizing your sales is to set aside only a specific group of goods for the rental program.

But no matter how you structure your program, don’t skimp on the paperwork. “A sound rental agreement is important to mitigate risk,” Scafidi emphasizes.