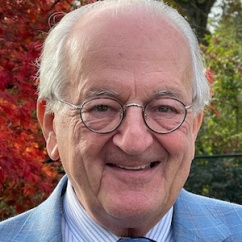 The current definition is very narrow: diamonds used to fund armed rebels opposed to a legitimately elected, internationally recognized government of a country. The Kimberley Process’s official definition of conflict diamonds does not cover issues where legitimate governments are accused of human rights abuses, or mining companies exploit local workers, such as in the Marange fields in Zimbabwe. There, reports National Jeweler, locals have been arrested after protesting the return of Anjin, a mining company that’s a Chinese/Zimbabwean military joint investment. Anjin was previously expelled from Marange amid claims of human rights abuses and looting millions of dollars’ worth of diamonds.

But with young consumers increasingly demanding assurance about the social and environmental credentials of the products they buy, Asscher said Kimberley Process members must act to expand the definition.

"The diamond is a product that has the potential to both speak to the aspirations of this new generation, as a natural resource with the potential of providing sustainable economic and social opportunities to the communities that produce it, or be rejected, as a non-essential luxury item. We have the ability to decide that choice, but we will do so only through actions and not empty words,” said Asscher. “Why do we persistently fail to make substantive progress on expanding the definition of conflict diamonds, a move that almost all of us understand is necessary?”

Asscher also had earlier warned about the risk of the emergence of a two-tier diamond industry where the upper, more established tier of companies are able to independently monitor their supply chains and the lower, less established tier that can’t, loses its market share.

The victims of such an outcome would include “the individuals, communities and entire economies that rely on revenues generated by diamonds for their livelihoods and future development,” said Asscher.

Asscher also expressed the WDC’s dismay over the UN Security Council’s budget veto for a panel of experts in the Central African Republic (CAR), which he described as the ears and eyes of the UN on the ground, reporting objectively about problems in the country.

Referring to monitored artisanal diamond mining areas in the CAR from which KP-compliant exports are permitted, Asscher emphasized the need for inspections before a shipment is approved for export rather than following up after the shipment already has taken place.

The five-day KP Plenary meeting began Monday as a hybrid event with in-person meetings in Moscow and delegates joining via video from around the world. The meeting is being hosted by the Government of the Russian Federation, current KP chair. To download a copy of Asscher’s address, click here.