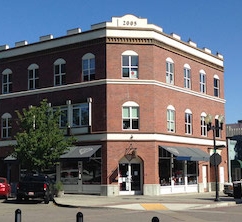 Paso Robles, CA—Siegel’s Jewelry is closing its California location (image) so that its third-generation owners, husband-and-wife team Ken and Kris Siegel, can retire.

Siegel’s was founded in 1940 in Cedar Rapids, IA, when Joseph (JD) Siegel bought a little jewelry trade shop from Louis Fine. Siegel established the shop as the premier jewelry and pawnshop in the area, handling the finest pocket watches and luggage. After WWII, JD’s son Oscar (Ossie)—who had peddled watches around the Midwest before the war—joined his father in business. In time, Ossie’s sons, Ken and Jary, joined their father in the business: Jary as its diamond expert and buyer/wholesaler, and Ken, who returned to Cedar Rapids in 1987 to run the day-to-day operations after graduating from the University of Arizona with a business degree. Ossie retired in 2006 and passed away in 2007.

The store’s Iowa location has changed three times in its 71-year history. An urban renewal project in the 1960s forced the original location to move one street away. After 40 years in the second location, the Disaster Floods of 2008 wiped out the entire building and the store’s inventory. Ken Siegel found a new space nearby and scavenged all over the Midwest to find store fixtures and equipment—and amazingly was back up and running only three weeks after the flood. Siegel’s then made a deal to purchase the building using its SBA loan assistance.

So how did Ken and Kris come to open the second store so far away in California?

Fast forward to February 2012, when they took a 25th wedding anniversary trip to visit their son, Josh, in California. Naturally, there was a little business involved in the trip (they’re jewelers, after all!): a deal on some beautiful showcases and safes from a store in Menlo Park, CA, that had just closed its doors. A few days later they visited a quaint little wine town called Paso Robles, where Ken found a vacant corner retail space in the heart of downtown Paso Robles. Three months later, Siegel’s opened with a wine tasting area in the store.

“As soon as we saw the corner downtown location for rent, we thought it would be the perfect opportunity for the next part of our journey as a family business,” said Ken Siegel. A full service jewelry store, Siegel’s specialized in from jewelry and watch repairs and custom design work and featured brands such Belle Étoile, Michou, Luvente, Beverley K, Parade Designs, and more. 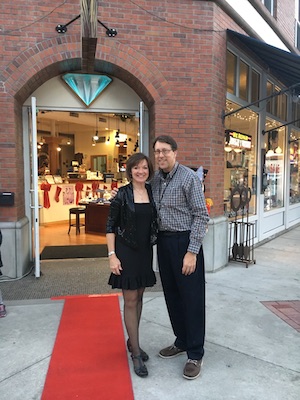 Kris and Ken Siegel outside their Paso Robles jewelry store.

Leaving on a high note, with one of their best years in business, the couple is dreaming of taking off a few months a year to visit Australia, where their oldest son and his family live. The rest of the time they plan to remain active in their community, continuing to support the Boys and Girls Club and the Paso Robles Youth Arts Center.

“We hope that someone can fill our shoes to fulfill the [jewelry] needs of this community and enjoy our location in the heart of downtown Paso Robles,” says Ken.

Siegel’s going-out-of-business sale began Tuesday, Nov. 9 and will continue until everything is sold.

Next article:
Asscher Says It’s Past Time To Expand Definition Of Conflict Diamonds