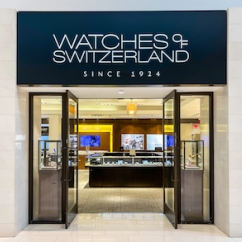 New York, NY—As part of its continued expansion in the North American market, the U.K.-based Watches of Switzerland Group has acquired five leading luxury jewelry and watch stores: three Betteridge stores in Greenwich, CT, and Vail and Aspen, CO; one Ben Bridge location in the Mall of America in Bloomington, MN; and Timeless Luxury Watches in Plano, TX. The Betteridge location in Palm Beach, FL, remains under the family's control. Top image: the former Ben Bridge store in Mall of America is now a Watches of Switzerland boutique.

The acquisitions are in line with the Group’s long range plan, released in July 2021. Since its entry into the United States in 2017, the Group is focused on building its presence in key markets and becoming a clear leader in luxury watches and jewelry in the U.S. market.

“Each location in this acquisition offers exceptional opportunities for expanded growth, along with a valuable influx of existing watch clientele. The businesses will in turn benefit from The Watches of Switzerland Group's unique and specialized approach to sales and customer service: creating immersive retail environments, supported with dynamic marketing, experiential activations, and social engagement, along with its significant network of global resources,” says a statement from the company.

"Since the acquisition of Mayors in 2017, followed quickly by the opening of Watches of Switzerland SoHo, The Group has shown its acute command of the US market and deep understanding of its discerning and diverse consumers," says David Hurley, executive vice president of The Watches of Switzerland Group USA. "As leaders in the industry, we understand the responsibility that comes with that role and look forward to expanding our team in North America while investing in the growth of each of these new markets and communities."

Both Timeless Luxury Watches and the Ben Bridge store are now Watches of Switzerland boutiques, but the Betteridge locations will continue to operate under the current name for the immediate future, with fourth-generation Terry Betteridge taking on an advisory role for the three acquired locations. Additionally, the Greenwich, CT Betteridge location will become the largest boutique by square footage in Watches of Switzerland’s North American portfolio. 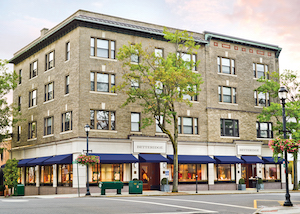 "In many ways this seems like a return to our roots for Betteridge, with my family coming to the U.S. from England in 1892, bringing with them generations worth of metalworking skills," he says . "I'm honored to be able to bring the experts of my house, the craftsmen and generational tradition of excellence, to join Watches of Switzerland. Being a valued part of their global network will allow for the greater world to experience what makes Betteridge so special."

In total, the Group has 158 stores across the United Kingdom and United States, including 46 dedicated mono-brand stores in partnership with Rolex, TAG Heuer, OMEGA, Breitling, Audemars Piguet, Tudor and FOPE. Its own retail banners include Watches of Switzerland (U.S. and U.K.), Mayors (U.S.), Mappin & Webb (U.K.), Goldsmiths (U.K.), and Analog Shift (online). It also has shops in London’s Heathrow Airport, in international Terminals 2, 3, 4 and 5.

"After three years of strong foundational growth in the US market, these acquisitions and new openings are directly in-line with the projections we forecasted in our Long Range Plan," says Brian Duffy, CEO of Watches of Switzerland Group. "Through focused investment on new projects and acquisitions, we continue our geographical diversification in order to solidify our position as the preeminent leader in the U.S. market."

Previous article:
Inside The Mind Of The Consumer: 15 Reasons Why They’ll Shop In-Store