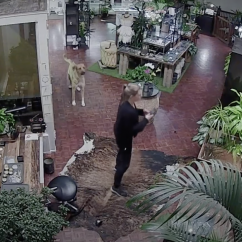 Seattle, WA–Local jewelry store owner MK Bryne fought off a thief who broke into her shop at 5349 Ballard Ave NW and attempted a robbery.

In an interview with local publication, My Ballard, the owner of the jewelry store called, Begin, said she lost sight of her personal safety out of "anger and fear." Bryne says in the report that a robber broke through the store's back window and found his way to the workbench. "He started taking whatever he could," she said in the interview.

Bryne had decided to stay in the store that night with her 120-pound "pony bear of a dog," Ashitaka.

"The world felt to be in slow motion, and the burglar was taking his time," she recalls in the interview. "I called 911 and started yelling at him to get out. After seeing he was alone and didn't appear armed, I started to advance. 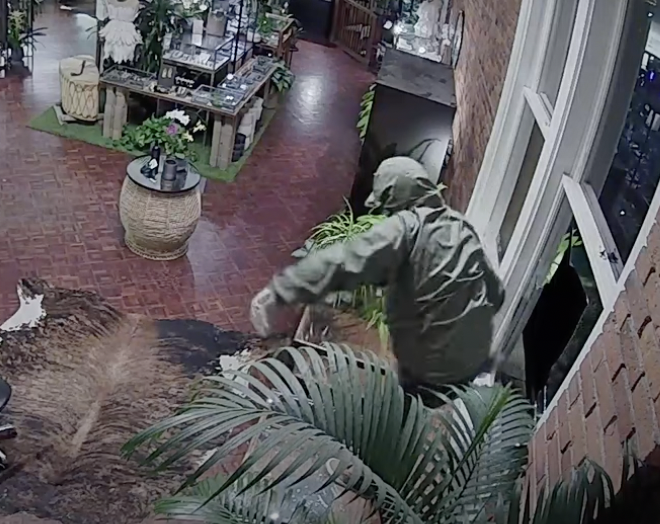 "I threw the first thing at hand—a heavy bottle of hand sanitizer, and I'm pretty sure I hit him. Ashitaka, normally a very sweet boy, was barking like mad."

Bryne says she was lucky to ward off the burglar and save much of her inventory. It was a "dangerous decision" to stay overnight at her store — Bryne said she wishes she was prepared differently for the incident.

Begin has been a frequent target this year. A major glass panel was shattered for three consecutive weeks — first on March 1 by a team of three who came prepared with a hammer. Police arrived about an hour after the alarm sounded, Bryne says. The alarms sounded again a week later. This time, the police took two hours to arrive. And when a thrown rock cracked another window on March 2, Bryne thought it "wasn't serious enough" to call the police.

Bryne's worried that these robberies could hit small businesses hard and that it would take weeks to replace the product. "Even if my insurance company compensated me, six weeks of being closed would surely mean I would have to let go of the staff I love dearly and face bankruptcy," she says in the interview. "I've bootstrapped this operation from the beginning and financed my rapid growth on credit cards. Like many entrepreneurs, I have no cushion for a disaster."

Here's the link to the complete interview. The video footage of the incident is below.

Previous article:
Catbird Moves Its Flagship to a New Location With Interiors Inspired by European Pharmacies and Old Bookstores

Next article:
Stockton Jeweler Recalls the Fateful Night He Lost His Life’s Work, Hopes for Arrest