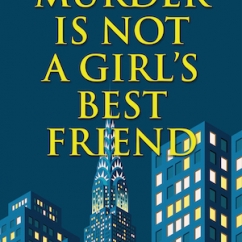 Titled Murder Is Not A Girl’s Best Friend, the follow-up to A Murder is Forever includes all the characters from the first book, in a whole new mystery set in New York City’s 47th Street Diamond District. Published by Camel Press, it is set for release on February 8 and will be offered for sale on Amazon and other major bookselling sites.

Key characters include the heroine, Mimi Rosen, an out-of-work journalist who goes to work for her father Max’s 47th Street gem company. She often butts heads with the tradition-bound Max, but he quickly recognizes his daughter’s talent and shares his wisdom to help in her quests for the truth. The industry is as much about sorting people as sorting stones, he tells her.

In the first book, Mimi solves the murder of her cousin, ostensibly over a $4 million pink diamond. In the second, there’s controversy and current hot-button issues like social responsibility, blood diamonds, and small-scale diamond miners in Africa. But Bates says the two books, while related, are complete in themselves.

“My new book is meant to be entertaining, and can be enjoyed without having read the first. However, I also hope that it provides insight on controversial topics like conflict diamonds and what constitutes social responsibility in today’s times. I would like it to stir discussion and debate both among people who sell diamonds, and people who buy them.”

In Murder Is Not A Girl’s Best Friend, a reverend from Africa has found a sparkling $20 million diamond that he hopes will free his continent from the scourge of blood diamonds.

But this attempt to do good soon turns very bad. After the diamond is stolen and leads to a series of murders, Mimi discovers both the diamond and the Reverend have a less-than-sparkling history. Soon, she’s investigating a web of secrets involving Africa's diamond fields, a shady billionaire, offshore companies, as well as a human rights activist, documentary filmmaker, and computer whiz who may not be as noble as they appear. Is the prized gem actually a blood diamond?

Bates’s own grandfather was a diamond dealer, and the father and daughter characters Max and Mimi are named for his grandfather, Max Grajower, and his late mother Mimi, although he says it’s in their honor, not a reflection of either’s personality.

Retail jewelers can build an innovative promotion around the books. Bates’s first book, A Murder Is Forever, is now available for $8.99 in paperback on Amazon, a price he says even he couldn’t get any cheaper for bulk distribution to jewelry stores. But he told The Centurion that if a retail jeweler wants to build a promotion around his books, he is willing to come and make a personal appearance in the store—something that’s sure to bring a laugh, as in addition to his storied career as an industry journalist, Bates also is a comedy writer and performer.

"I'd be happy to partner with any retailer that wants to have an in-store signing or book giveaway," Bates says. "I feel my books give customers a true insider's look at the diamond business, with all the big characters and personalities, and why so many people love it and stay with it." 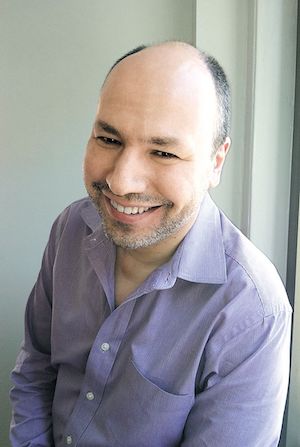 Bates started his career as a writer at Rapaport, then went to National Jeweler before joining JCK in 1998 where he's now the magazine’s news director. He has won a dozen editorial awards, and been quoted as an industry authority in The New York Times, The Wall Street Journal, and on National Public Radio. His comedy work has appeared on Saturday Night Live’s “Weekend Update: segment, comedycentral.com, and Mcsweeneys, and he’s been a frequent MC at industry events, including AGS Conclave and the Diamond Empowerment Fund’s Diamonds Do Good dinner.

More info is available at robbatesauthor.com.

Previous article:
Why Social Commerce Is So Important For The Jewelry Industry

Next article:
WJA Foundation Announces Gabrielle Grazi as 2022 President-Elect of Board of Trustees