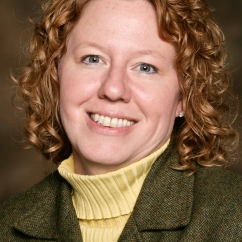 Omaha, NE--Borsheims long-time Chief Financial Officer, Erin Limas retired at the end of March after 35 years of working for the independent retail jeweler. Limas started her career at Borsheims in 1987 as an accountant and earned various promotions before being named CFO in 1996.

As CFO, Limas directed the company's financial plan and oversaw the accounting, Ecommerce, marketing, technology and security teams. She has been a driving force behind many of the company's most significant growth projects, including implementing the store's first retail management system, launching the Borsheims website, and, most recently, selecting a new software system for the organization.

In 2018, Limas was honored with the company’s prestigious “Ike-It Award – Employee of the Year,” named for longtime Borsheims owner Ike Friedman. The annual award recognizes an employee who exemplifies Ike’s legacy of customer service, commitment, hard work, loyalty and dedication. Borsheims, one of the nation’s largest independent jewelry stores, is currently owned by Berkshire Hathaway.

Borsheims President and CEO, Karen Goracke, praised Limas’s contributions. “Over the past 35 years, Erin has been instrumental in shaping the success of our company. She’s been a trusted advisor to me, and her passion and dedication to Borsheims is something I will always hold dear to my heart."

Next article:
Stephen Webster Launches ‘The ReBelles’ Collection to Celebrate Heroines Throughout History