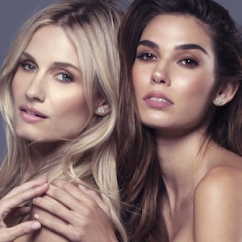 Los Angeles, CA—Rahaminov Diamonds is debuting a brand-new advertising campaign in advance of the Las Vegas jewelry shows. Styled and photographed by an in-house team and shot locally near the brand’s downtown Los Angeles offices, this year’s campaign features two models, a first for the brand. The campaign includes a mix of both retro-inspired black and white visuals (below), as well as full color images (left). The new imagery will be featured in industry trade advertising campaigns and on the brand’s social media platforms during the third and fourth quarters of this year.

The campaign features a mix of Rahaminov’s latest statement products, its “diamond classics with a twist,” and more fashion looks than previous campaigns. Line bracelets, chandelier earrings, mega-carat rings and long sautoir necklaces are shown, and many of the pieces feature the brand’s signature Moval® cut diamond.

“We were excited by the thought of something different,” says Melanie Goldfiner, Rahaminov’s director of business development. “Different faces and different product showcased in an exciting, seductive, nuanced manner.” 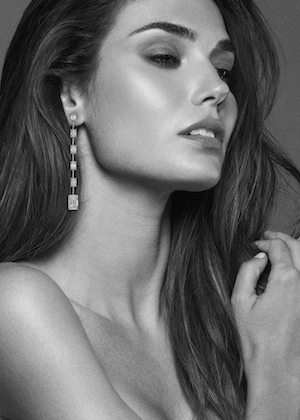 Rahaminov will be exhibiting at LUXURY and JCK in Salon 622. For more information, or to schedule an appointment, please contact Melanie Goldfiner at Melanie@rahaminov.com.

New York, NY--Chris Croteau has joined Vibhor NYC as executive vice president. He is the former vice president of Madison L and previously was with Hearts On Fire as director of sales. In his new role, he will be responsible of helping to build the private label brand working alongside the Dhadda family. 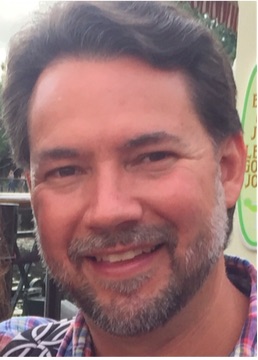 After taking a break away from the diamond business, Croteau is jumping back in at full speed. He brings many years of experience after helping Glenn Rothman build the Hearts On Fire brand over the course of his 18-year career there. He was instrumental in expanding distribution for his previous brands and will dedicate much of his time exploring new opportunities across the U.S. market to add key retailers.

"I am looking forward to a new venture with a company that has been making the finest products for over 20 years," he said.

Lawrence, NY—Leo Schachter, known for innovation and global vision, died May 11. He was 95.

The son of a diamond dealer, Schachter founded the first of his own businesses—Beck & Schachter—in 1952. The company became a De Beers sightholder in 1966. Over the years he formed partnerships with a variety of other leading diamond companies, some American, some Israeli, and some Indian. 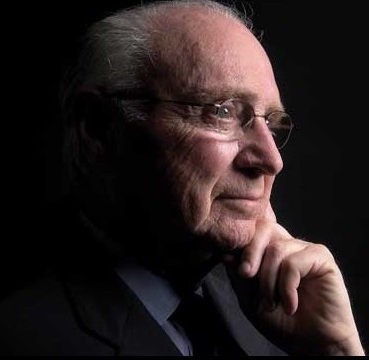 Schachter also was at the vanguard of two key shifts that redefined the diamond industry: branding and beneficiation. Leo Schachter, the company, opened a factory in Botswana in 1984—long before beneficiation was a concept—while Leo Schachter, the man, was the namesake behind the branded Leo diamond, exclusive to Sterling’s retail stores since 1999.

Although Leo Schachter is among the largest diamond companies in the world and employs more than 1,000 worldwide, its founder and namesake was always quiet, humble, and never sought the spotlight. A devout family man, Schachter is survived by his wife, Shirley, their five daughters and sons-in-law—two of whom, Elliot Tannenbaum and David Greenberg, work in the company—and many grandchildren and great-grandchildren (though, in his own words, “never enough!”) Multiple other family members—Schachter’s three other sons-in-law, two of his daughters, and some of the next generation—also formerly worked or presently work at the company.

A company statement says that Schachter’s “combination of dignity, modesty and generosity serves as an inspiration for his family and friends and as a guiding light for the company that he founded and built.”

The Plumb Club recently commissioned The Futurist, a trend forecasting agency, to source consumer data and information, providing insight on trends, consumer behavior and in-store and online sales information for the jewelry market. Using the data acquired through this research, celestial symbols—constellations in general and the Polar Star and sun in particular—were identified as significant trending iconic motifs that resonate with consumers. As a result of this research, which will be released through weekly articles on PlumbClub.com, the organization has created a program for each member to express the theme through their own collections. Together, the jewelry grouping is named Radiant Universe, and it will be featured under an eponymous trademark at the Plumb Club pavilion at the JCK Show.

The Plumb Club has created branded marketing materials, including counter cards, in-case signage, social media templates, posters and postcards, to support the collection in-store and online. A look book containing a selection of pieces from each member is available online at and will be distributed at The Plumb Club Annual Breakfast Symposium in the pavilion. 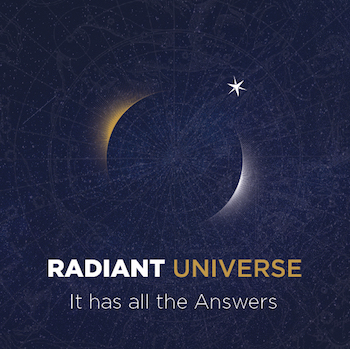 “We received feedback from retailers that there is a gap in our industry for aggregated, up-to-date consumer research that is valuable to them,” says Plumb Club executive director Lawrence Hess. “We are very excited to be able to not only provide such research, but to transform it into physical assets that will resonate in-store. We are truly proud of the work our members have done to bring this to life.”

As an exciting supplement to the program, The Plumb Club will be installing an actual planetarium in its brand new state-of-the-art pavilion. The Radiant Universe Planetarium will feature a five-minute show; an immersive presentation to take retailers on a thrill ride through the universe , give insight into this iconic trend, and showcase the collection in a unique way. Shows will run every 15 minutes throughout each day of JCK Las Vegas. The Radiant Universe Planetarium is open to all show-registered retailers, but ticket reservations are required. Click here to reserve a seat.

New York, NY—The Lab Grown Diamond Council (LGDC) was launched today in New York City. Its mission is to develop and implement a multi-tiered, international communications program designed to increase the awareness of, knowledge about, and demand for lab-grown diamonds.

“Many leading companies in the lab-grown market have approached me over the last year regarding the need for focused, research-based messaging on advocacy, communications and education of the unique offering of Lab Grown Diamonds,” said the association’s new chairman, Michael Barlerin. “The LGDC creates the platform to both develop and deliver on these needs.”

LGDC is launching a series of initiatives in support of the lab-grown diamond market. These efforts include research services focusing both on retail performance and consumer attitudes, social media consumer outreach, and the clarification, with third party verification, of industry sustainability.

Membership is open to all companies active or contemplating entry into the lab-grown diamond market. Membership categories include producers (both growers and equipment manufacturers), suppliers, retailers, and associates.

“LGDC has been established to create a unified voice to maximize the growth of lab grown diamonds,” said Chris Casey, president of LGDC. “Our intent is to provide members with the tools they need to continue to drive the growth of this revolutionary product.”