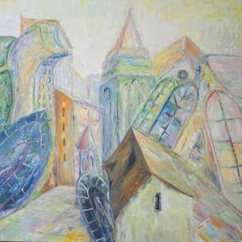 The conceptual art painting (left), titled “Blended Sensibility,” is oil on canvas and measures 30” X 30”. The piece was painted by the designer, and was inspired by one of his spring trips to London. The scene depicts a mélange of architectural styles in pastel shades of yellow, pink and blue.

Slowinski says, “As a designer, I’m always fascinated by how disparate styles can merge to create something unique. Nowhere is this more prevalent than in London, a city founded in 50 AD. The city is so incredibly 21st century, but with a history and varying architectural styles that date back to Roman times. Design sensibilities from both modern and ancient times sit side by side, but work together to create something truly wondrous.”

In addition to being the founder and designer behind the Christopher Designs brand, Slowinski is also the inventor and diamond cutter behind the patented Crisscut and L’Amour Crisscut diamond cuts. This unique process provides maximum light performance and increased size perception of the stones. 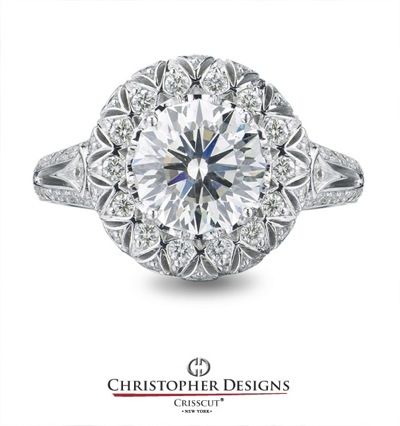 New York, NY—Industry leader Dennis Ulrich, CEO of Berkshire Hathaway-owned Richline Group, has announced plans to retire from his position. He will be succeeded by Dave Meleski, currently Richline president. The two will begin the leadership transition this summer. 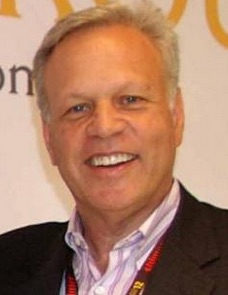 Ulrich started in the jewelry industry more than 40 years ago, working with his parents Mitchel and Ruth who owned the original Richline. The current Richline Group, however, came about after Ulrich launched Bel-Oro, a top importer of gold jewelry.

Bel-Oro and its then-competitor Aurafin (headed by Meleski) became the foundation for the new Richline Group, bought by Warren Buffett in the late 2000’s. Ulrich became CEO and Meleski president. Under the Berkshire Hathaway umbrella, Richline then went on to acquire multiple jewelry manufacturing companies in diverse categories such as diamonds and gems, pearls, refineries, home-party jewelry sales, and more.

Ulrich, an active industry leader and philanthropist, was honored by Jewelers For Children in 2015 for his leadership efforts and generosity.

Amfitheatrof, who left her post as design director of Tiffany & Co. last year, has an impressive pedigree in jewelry. Prior to her four-year stint at Tiffany, she has designed for Asprey & Garrard, Chanel, Balenciaga, Fendi, and Marni.

Her role at Louis Vuitton will focus on design of the brand’s jewelry categories (both fashion and high jewelry) and oversight of its watch design. Luxury goods conglomerate LVMH, parent of Louis Vuitton, is heavily invested in its jewelry and watch portfolio, which grew 12% last year and just posted a 20% first quarter sales increase this year. Some of the LVMH stable of brands include Bvlgari, Chaumet, TAG Heuer, and others.