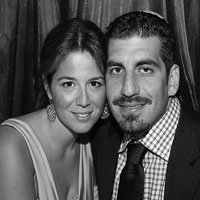 Great Neck, NY—Dove’s Jewelry recently embarked on a philanthropic endeavor to raise money for 10 charities that are important to those in the jewelry industry and beyond.  Partnering with many of their retail customers, Dove’s gave 10% of the profits from every sale at the 2011 Centurion Jewelry Show to a charity of the retailer’s choice.  The event was created in honor of Centurion’s 10th anniversary, but due to its enormous success, Dove’s president Doron Hakimian decided to extend the program to all of the company’s 2011 trade shows.

By including 10 charities in its “Champions for a Cause” event, the fundraiser acknowledged and benefitted many causes that are dearest to retailers’ hearts. Debbie Hakimian, Dove’s vice president of marketing (pictured above with Doron), said, “We wanted our fundraiser to acknowledge that people are affected by different things in their communities and families. We felt that including a wide assortment of causes would help reflect that.” Ultimately, Doves was honored to donate money to charities such as the Susan G. Komen Breast Cancer fund, Autism Speaks, the American Red Cross and the Alzheimer’s society.

For information on participating in the Dove’s Champions for a Cause event, email Debbie@dovesny.com or visit the firm’s website, www.dovesny.com.

San Diego, CA—Cheyne Whitney and longtime girlfriend Meghan Rickey, who won CBS’ The Amazing Race, the couple again reached out to ArtCarved Bridal, a local jeweler, and BRIDES magazine to be part of their storybook wedding.

The couple exchanged vows along with diamond ArtCarved wedding bands they selected at Royal Maui Jewelers in San Diego. They worked with the jeweler’s staff to select a platinum and diamond band for Rickey, to match her ArtCarved Limited Edition engagement ring. Whitney’s choice was a Tungsten Carbide TC.850 men’s wedding band with platinum inlay. 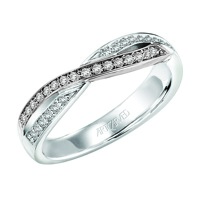 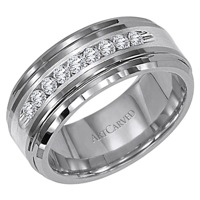 “I couldn’t let Meghan have all the fun, so I got a little bling myself,” he joked, referring to his channel-set diamond band.

Their wedding journey began last year when Whitney partnered with ArtCarved and BRIDES magazine to orchestrate a truly memorable surprise engagement, an event aired on Entertainment Tonight and resulting in nearly 60 million consumer impressions. The next chapter in their storybook romance, The Amazing Wedding, was nothing short of a spectacular, with both ArtCarved and BRIDES again playing a significant role. People.com covered the event. 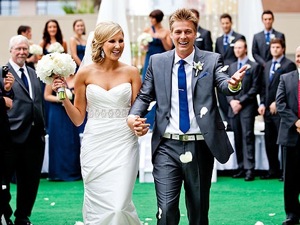 Cheyne Whitney and Meghan Rickey on their wedding day.

Tom Tanner, vice president of marketing at Frederick Goldman Inc., the parent company that manages the ArtCarved Bridal brand, says, “We’re excited for Cheyne and Meghan and wish them a lifetime of love and happiness. It’s a wonderful time in their lives and we are delighted they chose ArtCarved rings to symbolize their love and commitment.” 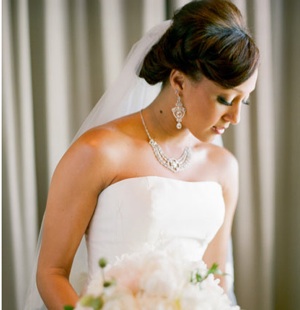 Previous article:
A JEWELER’S JOURNEY OF SURVIVAL FROM THE FORESTS OF POLAND TO JCK LAS VEGAS

Next article:
ARE DIAMOND GRADING REPORTS ART, SCIENCE, OR TOOL FOR DECEPTION?