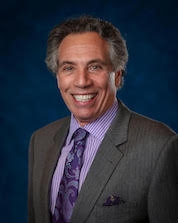 Feldman’s sales and marketing pedigree includes a wide variety of industry sectors: he drove the launch of the FireMark Princess diamond during his tenure with New York-based Hasenfeld-Stein, was a longtime leader in publishing circles at National Jeweler, and even recently helped one of GCAL’s competitors, an internationally-based lab, open in the United States.

Feldman will be leading GCAL’s 20thanniversary marketing campaign, helping founders Donald and Pamela Palmieri tell their story, along with chief operating officer Angelo Palmieri. The campaign is on tap to debut at the CBG and JCK shows in Las Vegas.

“I’m genuinely excited and privileged to spearhead this project for GCAL,” said Feldman. Consumer trust in diamond grading is an issue, he says, and trust, accuracy, and gemological transparency are the focal points of GCAL’s mantra and reputation. “We will not only get this message out to retailers, but we will provide support and training so retailers can convey this important message to their customers,” says Feldman.

“Over 20 years ago I set out to do what I could to make certain gemological labs were held accountable to the general public,” adds Don Palmieri. “Protecting the ultimate consumer with uncompromising integrity and unparalleled customer care has always been at the forefront of what motivates me.  The “Assurance” in our name will always speak to the peace of mind we provide the public.”

For information or to sechedule an appointment, call Feldman at (212) 869-8985, or email stevef@gcalusa.com.

Amsterdam, Netherlands—Edward Asscher, fifth-generation president of the 165-year-old Royal Asscher Diamond Company, is stepping down and turning leadership over to his children, daughter Lita and son Mike.

The Asscher siblings will serve as sixth-generation co-presidents of the firm. The two already have been focused on investing in new technology and manufacturing fancy diamond cuts, leading to four patents for proprietary diamond cuts. Best known for its signature Asscher Cut, the world’s first patented diamond cut, the company also cut and polished the famed Cullinan rough diamond and other famous stones.

“Working alongside my father has been an incredible experience,” said Mike Asscher, calling his father a friend and mentor as well as business partner for 21 years.

“Everything he taught us means the world to us,” added Lita Asscher in a statement. “Mike and I will uphold his legacy and pass it on.” 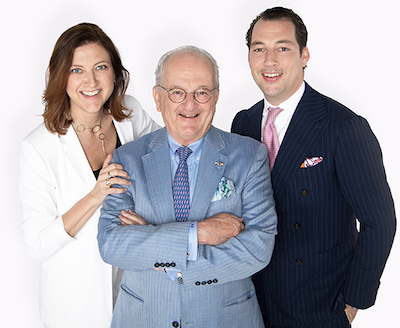 Edward Asscher, center, flanked by Lita and Mike, who now will run the company together.

Edward Asscher joined the family business in 1970 as an apprentice to his father and uncle before stepping into the president’s role in 1980. His late brother Joop worked alongside him for 36 years before his death in 2006.

Although Asscher is stepping down from daily management of his own company, he’s going to be plenty busy in the industry. A staunch advocate for ethical standards and transparency, Asscher’s voice in the diamond industry is understated but powerful. He will take the reins for the second time as president of the World Diamond Council for two years beginning in June; he previously served as WDC president from 2014 to 2016. (WDC represents the diamond industry in the Kimberley Process.)

Asscher also has served as president of both the International Diamond Manufacturers Association (IDMA) and the International Diamond Council and has held some political roles outside the industry as well: serving as president of the Liberal Party in Amsterdam and a Liberal Party senator in the Dutch parliament. He was knighted and named an Officer in the Order of Oranje-Nassau for his social and ethical contributions.