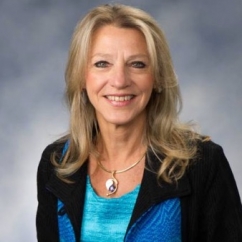 Dutrow is a professor in the department of geology and geophysics at Louisiana State University (LSU). Her teaching and research have focused on mineralogy, petrology, geochemistry, and computational modeling and visualization for more than 25 years. She has authored and coauthored many publications, including her textbook "Manual of Mineral Science," a worldwide standard and reference for the study of minerals now in its 23rd edition. Dutrow earned her master’s degree and Ph.D. in geological sciences from Southern Methodist University in Texas. She joined the GIA Board of Governors in November 2016.

Discovered in the Apuan Alps of Tuscany, Italy, this unique mineral formed from the compression and heating of a volcanic rock called rhyolite. The researchers who discovered dutrowite named it after Dutrow in recognition of her many contributions to mineral sciences and crystal chemistry, and particularly for her research into tourmaline and its embedded geologic information. Of the 34 tourmaline species, dutrowite is the first species named after a woman.

“Gems, and especially minerals, have been my life’s passion. It is tremendously gratifying to receive this honor,” said Dutrow. “Discoveries such as this show us that there is still much to learn about our earth and its many minerals and the geologic information they contain.”

“On behalf of the Institute, we congratulate Barbara on this exceptional honor and recognition of her many contributions and achievements,” said Susan Jacques,GIA president and CEO. “Barbara is a significant contributor to our Board given her research and scientific expertise, as well as her focus on the student experience from her higher education background.”

Dutrow’s honor brings to six the number of GIA contributors who have had minerals named after them.  The others include Richard T. Liddicoat, Dr. George R. Rossman, Dr. John Valley, G. Robert Crowningshield, and John Koivula.

Separately, GIA’s next New York Career Fair is scheduled for March 13, from 10:00 a.m. to 2:00 p.m. at the Jacob Javits Convention Center in New York City. The fair will feature presentations from industry leaders about careers in the industry, one-on-one career coaching, and more than 50 industry companies with open positions in the recruitment center. Click here for more information. 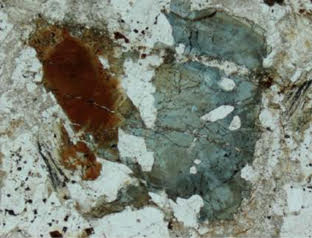 New York, NY—Jewelers of America (JA), is accepting entries for CASE Awards, its national jewelry design competition to honor members who exhibit creativity, artistry, style and excellence in jewelry design. This year, the CASE Awards also will introduce categories specifically for both retailers and suppliers.

First-place CASE Awards will be awarded in each of the eight competition categories. All winners will receive a customized CASE Awards trophy,  national trade and consumer media exposure, and the opportunity to have the piece displayed at Jewelers of America’s National Convention. Winners will be selected by an expert jewelry industry judging panel who will evaluate all entries based on overall design, marketability, practicality/wearability and quality of manufacture.

CASE Awards – sponsored by Synchrony and Jewelers Mutual – is open to staff of JA Member companies. For more information about the design competition and for complete entry guidelines, visit www.jewelers.org/caseawards or contact JA’s Member Services at (800) 223-0673.

PGI Launches “Beyond The Bench” Series

New York, NY--Platinum's unique qualities make it conducive to creating beautiful, durable jewelry, but its properties also make it invaluable for other applications with an environmentally positive impact. PGI USA is sharing some of these other platinum stories through its new series, ‘Platinum Beyond the Bench’, showing platinum’s value and use beyond the realm of jewelry and providing a broader context for appreciating it, especially among those concerned with climate issues.

For instance, the iconic red London double-decker bus is getting a platinum makeover this year when 20 such buses will be powered by hydrogen fuel cells that have a platinum catalyst as a key component. Those buses will produce zero emissions, and they join a growing number of global public transit initiatives demonstrating the vital role fuel cells can play in decarbonizing transportation. The fuel cells offer a range and power output that batteries alone cannot and they don’t need lengthy recharging steps to recharge or refuel.

Read more ‘Platinum Beyond the Bench’ information from the World Platinum Investment Council.

Ghana, West Africa—Mercury-Free Mining, a nonprofit dedicated to eliminating the use of mercury in artisanal and small-scale gold mining, announced that field tests of Goldrop, a mercury-free gold separation process, proved positive enough to merit further testing and refinement. The testing took place among small-scale miners in Ghana.

The Goldrop process offers hope for a safe alternative to toxic mercury, used by 15 million artisanal and small-scale gold miners around the world to separate gold particles from their surrounding mineral ore. Most of these miners, located in developing countries, depend on gold mining to survive and rely on mercury—a potent and permanent toxin—for gold separation.

Mercury poisoning causes neurological disorders, birth defects, and a multitude of other illnesses. Along with harm to miners and their communities, mercury is an environmental contaminant, moving downstream from mining areas through rivers and into the ocean and marine life. It’s also exceedingly difficult to remove or remediate.

With the first tests producing positive results, Ghanaian technical experts now propose a visit to the Goldrop factory in Oregon to refine its effectiveness on various hard rock and alluvial ore matrices commonly seen at the country’s small mining sites.

“Mercury Free Mining’s mission helps to protect the integrity of the gold supply chain, which is vital to ensuring the public’s trust,” says Bill Boyajian, chairman of the nonprofit’s board. “But more than anything else, we must eradicate the use of mercury from polluting our waters and the very air we breathe in order to protect all life on our planet.”