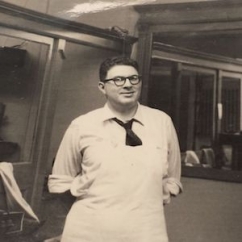 Boynton Beach, FL—Marshall Littman, a Depression-era jeweler who was a leader on Philadelphia’s Jewelers Row, died Feb. 22 of complications from dementia. He was 98. (Left: A young Marshall Littman in his workshop).

Littman was born in Philadelphia in 1921. A 2016 oral history given to Philadelphia’s Hidden City blog by his grandson, Joshua M. Hyman, G.G.—who still runs a jewelry company in the city—details the tough times in the Great Depression that led to his grandfather’s vocation.

Littman’s father, Ruben, supported the family by collecting scrap metal and selling it to buy goods that he then peddled on the Boardwalk in Atlantic City, a 50-mile train ride from Philadelphia. At age 16, Marshall Littman got a job as an errand runner for a regular poker game held in the basement of one of the buildings on Philadelphia’s Jewelers’ Row. It was that connection that led to his lifelong passion for and career in creating fine jewelry.

“Guys would want cigars or cigarettes or a sandwich, or whatever,” said Hyman. “My grandfather would go get these things during the game.”

One of the players was a jeweler named Marty Kimmal who offered the errand boy—by then 18—an apprenticeship to become a bench jeweler. Littman quickly discovered a natural talent for it, becoming so adept that by age 20 he became a partner in his own business.

That partnership ended, he left jewelry briefly to open a boutique store on the boardwalk in the seaside resort of Wildwood, NJ, about 30 miles south of Atlantic City where his father had been a peddler. But Littman’s wife, Pearl (nee Applestein), whom he married in 1942, wanted him to become a bench jeweler again, so they returned to Jewelers’ Row in 1954 and founded Marshall Littman Manufacturing Jewelers Inc.

Marshall Littman made jewelry to be sold at retail stores throughout the Philadelphia region, while Pearl Littman ran the business side of the company. Littman excelled in designing and making the one-of-a-kind platinum and diamond pins and necklace centers, a popular jewelry style in the 1940s.

“Marshall had an intense desire to make the finest platinum and gold jewelry available,” his son-in-law, Martin Hyman, told the Philadelphia Inquirer. “He hired many jewelers to work in his company who all went on to open their own jewelry shops in the Philadelphia area.”

Over the next 40 years, the company grew and moved, and at one point had 11 employees. In 1987, Marshall and Pearl Littman sold the business to Francine (Littman) and Martin Hyman. But as the economy hit a downturn and cheaper Asian imports flooded the jewelry market, business declined. The Hymans closed Marshall Littman Manufacturing Jewelers in 1999, reorganizing and opening it as Graystar Jewelers, to produce one-of-a-kind pieces. They sold Graystar in 2009, and it remains in operation today.

Family members told the Inquirer that Littman was scrupulously honest, once going back to a water-ice vendor to return too much change. “My sons got to see their grandfather doing that,” Martin Hyman said.

Joshua Hyman wrote on social media, “Marshall was an expert platinum-smith and had an impeccable reputation on Jeweler's Row. How fortunate was I to grow up with such a beautiful Grandfather and then follow in his footsteps into the jewelry trade and then get to work with him for the early part of my career. We are sad at his passing but we celebrate his beautiful life.”

In addition to his passion for jewelry, Littman enjoyed painting and sculpting and was an avid golfer. He was always trying to learn something new, said Joshua Hyman, as evidenced by a photo of him at age 88 engrossed on a computer. 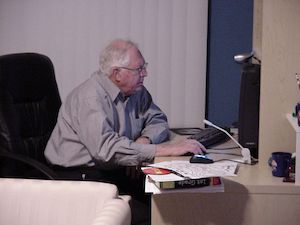 Cambria, CA—Bob Lynn, CGA, a longtime member of the American Gem Society and a bona-fide practicing magician, has passed away. He was 68. Lynn, who joined AGS in 1973 when he opened his first store, also had a prior career as a junior engineer at the Pacific Missile Test Center in Point Mugu, CA. 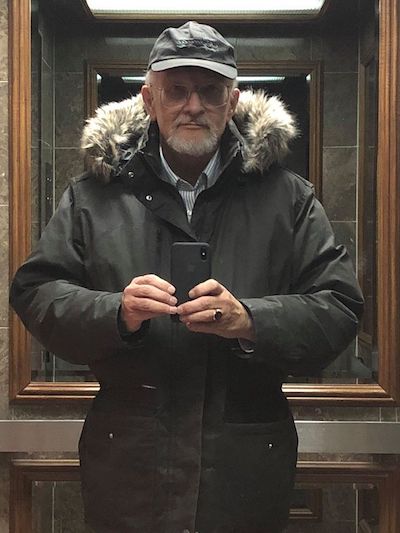 Lynn got his start in our industry at age 14, working as an apprentice for a local gemologist/lapidary in California. The jeweler taught him how to cut, carve, and facet, as well as the fundamentals of bench work. All through high school and college Lynn held down two jobs, one of which was jewelry. But his work in engineering and physics also translated well into jewelry bench work and, later, as a contributor to the research for AGS Laboratories’ diamond performance grading system—something that earned him an AGS Fellowship.

Lynn was custom jeweler for many years, but the design he’s most proud of was the Shipley pin, which is given to all the recipients of AGS’s prestigious Robert M. Shipley Award. He made all the pins given so far, at no cost to the Society. He also was an investor in AGS Laboratories and was active in AGS’s Southern California Guild, serving as its president for one year. 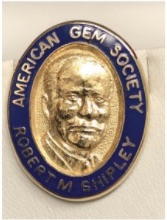 Lynn retired from his business, Lynn’s Jewelry Studio, in 2017. That shop is being run by his colleague John Muscarella, but Lynn remained active up until shortly before his death, even traveling to Europe for two weeks last fall to perform a jewelry appraisal and building a lapidary workshop to finish cutting his own personal collection of gems.

Next article:
U.S. Jewelry Shows Will Go On, But How Will The Coronavirus Impact Retailers?