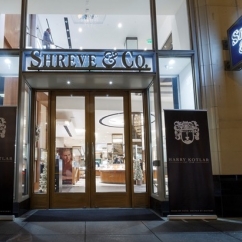 San Francisco, CA—Harry Kotlar’s life story has all the elements of a classic movie: it begins with the Kotlars leaving a war-torn Poland, and ends with them settling in Los Angeles and founding a renowned fine jewelry design house.

The brand recently debuted a short film titled Made by Hand. Shaped by History, which highlights the design house’s devotion to old-world artistry and its Italian master artisans. The film debuted December 5 at a special in-store event at Shreve & Co. in San Francisco, CA. (Left: Shreve's highlighted Harry Kotlar at its entrace that night; below, the jeweler's event space was transformed into a screening room, and the store filled with guests.) 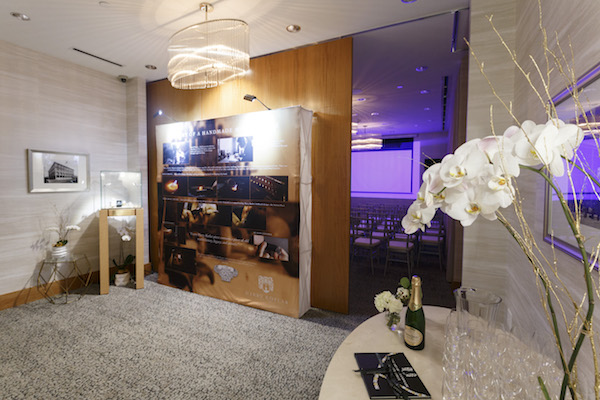 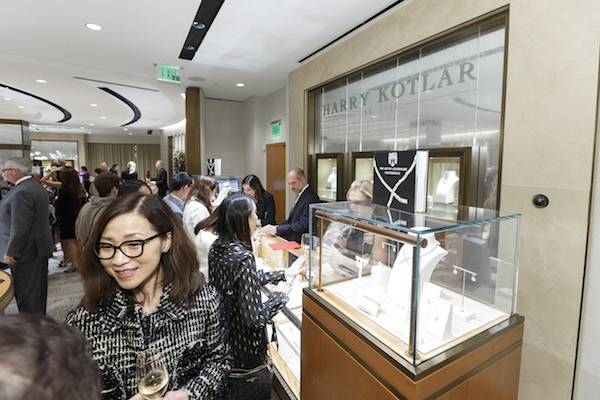 “We chose to focus on the craftsmanship element of the Kotlar story because that’s what sets us apart,” says Czarah Cabrera, brand director for Harry Kotlar. “We utilize old world techniques that have been long forgotten. Most of the jewelry world right now prefers mass production, but we choose to continue and preserve the lost art of hand-making jewelry.”

The film turns back time by showing the closely-guarded techniques of Harry Kotlar artisans. Only four artisans touch a piece during its creation: a forger, a carver/setter, a polisher, and a quality control expert.

“I think the world has become too mechanized,” says Cabrera. “People have forgotten to stop, breathe and take in life’s essential experiences. This film reveals the four pillars that our founder instilled in us, namely love, passion, tenacity, and hard work. These pillars are not the most profitable qualities, but the company is committed to a higher ideal than just profit and the pursuit of a faster and lucrative process.”

The eight-minute film is the result of almost three years of intense research, planning, and collaboration. Director Ace Salvador’s travels in Italy gave him a firsthand glimpse into the crafting methods shown in the film. “Fortunately, I just came back from Italy in January, and I was very inspired, knowing I had seen all these craftsmen and blacksmith shops in person,” he says. “That reflected the tone we wanted to create, an atmosphere that was timeless, built on heritage and ancient history but still authentic to the Kotlar story.”

The result of all these work and immersion is a film that Cabrera describes as reminiscent of a Rembrandt painting with its dreamy and amber-kissed palette.

Luxury jeweler Shreve & Co. in San Francisco co-hosted the film’s premiere on December 5. The jeweler’s event space was transformed into a screening/exhibit room where guests watched the film, as well as viewed photos that revealed the intricacies of crafting a Harry Kotlar piece. As an added surprise experience, guests were also able to sit down and create their personalized Harry Kotlar pieces with Kotlar’s illustrator onsite. 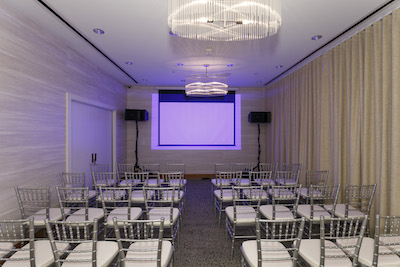 Shreve's screening room, above, and a showcase of special tools used to create Harry Kotlar jewelry, below. 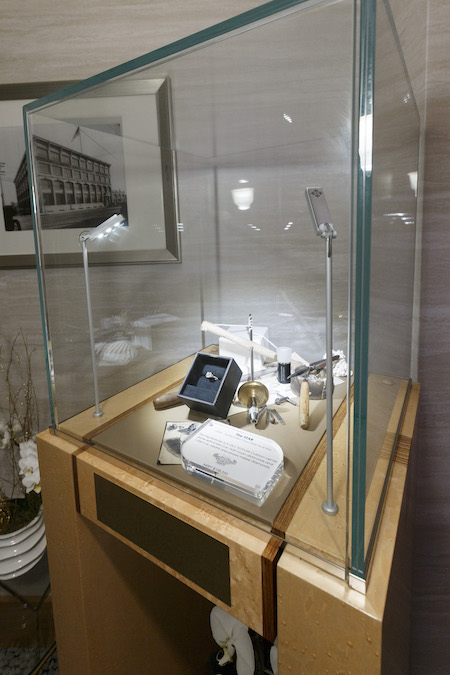 The event was an engaging and intimate affair that gathered Kotlar collectors, fine jewelry enthusiasts, global and local influencers, notable writers, editors, and industry personalities. “Shreve & Co. was the perfect venue for the premiere,” says Cabrera. “Harry Kotlar has a boutique at Shreve, and both our companies are dedicated to elevating luxury and creating unique experiences.”

A very special experience: a couple gets engaged during the event! Clockwise from top left: the proposal (note groom's bum knee and crutch!); she says 'yes!'; the newly-engaged couple; the happy couple learn about the creation of their ring. 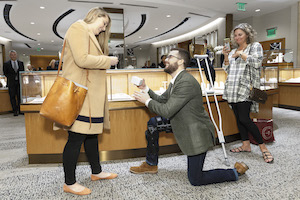 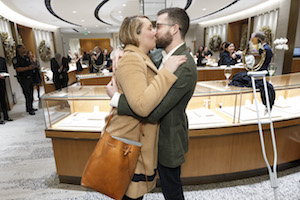 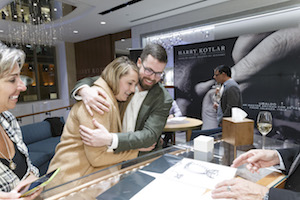 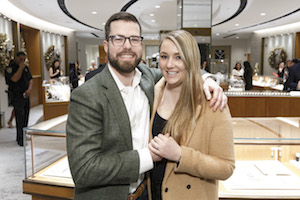 Click here or on the image below to watch the film. 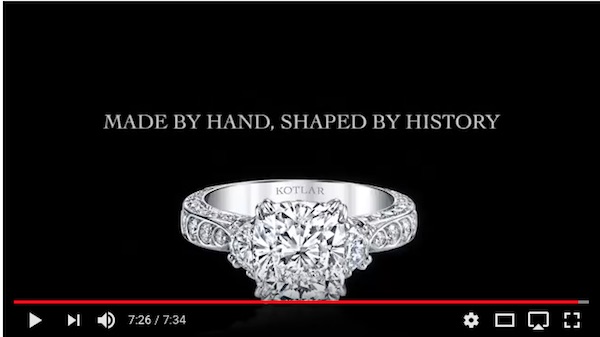