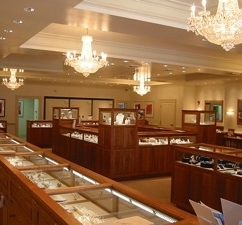 Earlier this month, the store was among several in the city that a serial shoplifter hit. According to a report, the store and other retailers banded together to share information and images of the perpetrator, which led to the police identifying and arresting James Lisaius, 30.

The accused has been charged with five counts of retail theft. The police were able to recover stolen merchandise worth over $14,000. To make the best of the situation, Von Bargen's is raffling off the recovered items to give back to their customers and community.

The store manager, Ali Dumont, explained that the necklace stolen from the store was a gold medallion necklace valued at $4,550. The necklace was a part of her jewelry line and featured round and baguette diamonds. Instead of putting the necklace back on sale, the store has decided to raffle it off, with all proceeds going to the Howard Center's Street Outreach team.

"There's a mental health crisis in Burlington, and the Street Outreach team are the first people we call when we're confronted with individuals experiencing mental health crises," Dumont said, as per the report. "We appreciate them, and we value them, and this is our opportunity to give back to them."

Per the report, the raffle ticket will cost $50 each, with the number of ticket sales capped at $150.

Learn more about it in the news report.