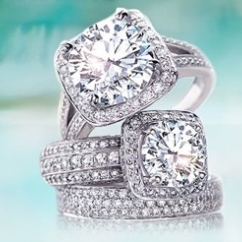 With Ritani's online/offline blend of engagement ring shopping, consumers can begin their shopping experience online at ritani.com. There, they can select and customize an engagement ring, either for direct purchase or with the option to view the ring in person at a hometown jeweler partner, with absolutely no obligation to buy. Customers can also pick up and return any Ritani online order to a local Ritani partner, and those buying online are given the option to have their ring packaged either in a Ritani box or in the box of their local jeweler partner.  All Ritani jeweler partners earn revenue from each online transaction at Ritani.com, as well as increased lead generation and an expanded customer base.

"Matching Ritani with an additional 23 premier jewelers vastly expands our network's reach from coast to coast," said Brian Watkins, president of Ritani. "We welcome these new trusted independent local retailers into our family to share in and benefit from the optimal clicks-and-bricks shopping experience." Ritani’s robust online capabilities are the result of a team with extensive experience in the e-commerce world, including former executives of diamond powerhouse Blue Nile and Amazon.com.

"We have to be aware of what the future holds," said Moshe Klein of Julius Klein, Ritani's parent company. "We have to be proactive, not reactive." The firm has to be on the front lines of helping jewelers adapt to a rapidly changing consumer base, he told The Centurion. Ritani also is implementing a "Founders Program," where its jeweler partners, in addition to revenue from sales, will receive stock options commensurate with their sales, for a future time when the company goes publc.

"It may be a bit selfish, but my company's success is tied directly to independent retailers. I need them to be healthy," Klein said.

From 47th Street to Wall Street. The company’s unique approach to blending traditional jewelry sales with the digital consumer of the future attracted the attention of Wall Street, a sector that until now has largely overlooked the jewelry industry with its complex and somewhat secretive financial structure.

During the JCK Show in Las Vegas, Ritani hosted a reception for its partner jewelers, offering an opportunity to meet and hear a presentation from Howard Lutnick, chairman of Cantor Fitzgerald. Lutnick held the audience spellbound as he recounted the harrowing events of September 11, 2001, when more than two-thirds of the company’s employees were killed in the World Trade Center attacks. The company, which occupied floors 101-105 in the north tower, took the brunt of the impact and lost more employees than any other tenant in the World Trade Center, or the New York City police and fire departments.

While any company would mourn the loss of its colleagues, it was especially brutal at Cantor, said Lutnick, because the firm had--and still has--a culture of hiring only people they like. As a result, many employees were friends and relatives. Lutnick’s own brother, Gary, and his best friend were among those killed.

“We had a choice. We could close the company or go back to work and rebuild,” he told the audience. He vowed to keep the company alive, and from 150 remaining employees in 2001, grew it to 8,500 global employees today. On September 19 of that year, the firm pledged to give 25% of its profits for five years—that otherwise would have gone to partners—and commit to paying for 10 years of health care for the benefit of the families of the 658 employees that were killed. In 2006, the company completed its promise, having paid out a total of $180 million, along with another $17 million from a relief fund run by Lutnick’s sister, Edie.

Philanthropy remains a core value of the firm, Lutnick told the audience. Its relief efforts have expanded beyond 9-11 to include natural disasters such as Hurricane Katrina, the Asian tsunami of 2004, the earthquake in Haiti, and last year in the wake of Hurricane Sandy—which had a devastating effect on parts of New York City—Cantor Fitzgerald established a support program for victims. Recently, it donated $2 million to relief efforts following last month’s tornado in Moore, OK.

Ritani is a division of DTC sightholder Julius Klein, New York, NY. Its e-commerce headquarters are based in Seattle, WA.

The Centurion Newsletter met with both Lutnick and potential Ritani retail partner Andy Johnson of the Diamond Cellar in Ohio. Johnson is considering joining the program. Click on each man's image to watch an exclusive video interview with him. 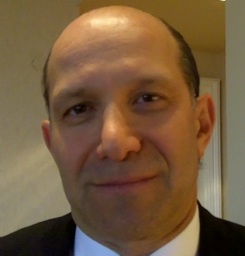 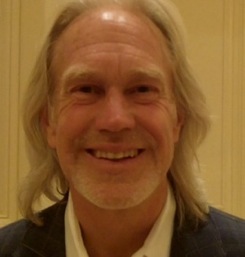