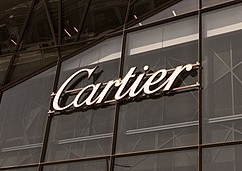 Responding to the lawsuit filed in a New York court, the American luxury jewelry company told Reuters that it denied the "baseless allegations" and would vigorously defend itself.

Tiffany hired Megan Marino, a former junior manager at Cartier, in November 2021 to work on high-value collections worth millions. The lawsuit filed earlier in March alleged that Marino shared "sensitive and valuable" information about its past employers to Tiffany's VP of North America Merchandising, Katie Liappas, in December 2021.

Carter claimed in the lawsuit that the disputed hiring of the junior manager was the company's attempt to revive a jewelry line that's been under much scrutiny and controversies. "Cartier fully respects the rights of competitors to pursue their commercial objectives," the company said in a statement, per Reuters. "In this case, however, Tiffany's commercial ambition crossed the line between the ordinary course of business and unfair competition."

Cartier is seeking damages and asking that Tiffany refrains from using the confidential statement in its business endeavors.

Read more in this Reuters report.