Platinum Reigns At The Royal Wedding

Windsor, England—29.2 million Americans watched Saturday’s nuptials between Britain’s Prince Harry and former actress Meghan Markle, who as we know is one of our own fellow Yankees. (Trivia: almost 7 million more Americans watched this wedding than that of William and Kate, Duke and Duchess of Cambridge.)

That’s a lot of people seeing some very important platinum jewelry: both Prince Harry’s wedding band and Meghan Markle’s tiara were set in platinum, as was her Cartier bracelet.

Prince Harry not only broke tradition by opting to wear a ring at all (apparently many British men don’t), but he’s sporting a platinum wedding band featuring a textured finish, from the Cleave workshop.

Meghan’s veil was held in place by Queen Mary's diamond bandeau tiara, set in platinum, lent to the bride by The Queen. The diamond bandeau is English and was made in 1932, with its center brooch dating from 1893. The bandeau is formed as a flexible band of eleven sections, pierced with interlaced ovals and pavé set with large and small brilliant diamonds. The center is set with a detachable brooch of ten brilliant diamonds. 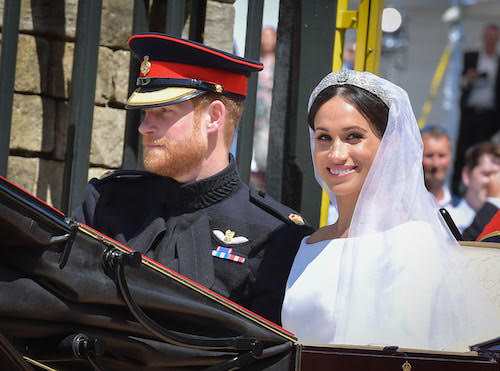 The diamond bandeau was made for Queen Mary and specifically designed to accommodate the brooch. This brooch was given as a present to the then Princess Mary in 1893 by the County of Lincoln on her marriage to Prince George, Duke of York. The bandeau and the brooch were bequeathed by Queen Mary to HRH The Queen in 1953.

The new Duchess of Sussex (aka Mrs. Harry) also wore white gold and diamond stud earrings and a platinum and diamond bangle, both by Cartier. While both pieces were intricately detailed up close, their overall effect was one of simplicity, in keeping with the unadorned bateau-neck Givenchy gown that’s sure to launch a trend for understated bridal elegance. 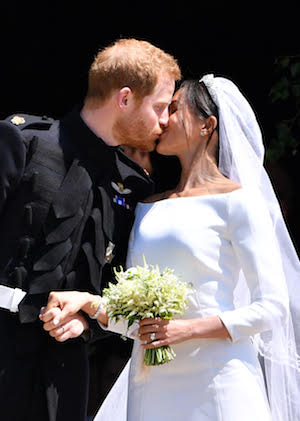 We know that the Duchess’s engagement ring contains two diamonds once belonging to Princess Diana flanking a center stone from Botswana, where the couple went on a romantic getaway early in their courtship. Diana’s spirit was felt at the more intimate evening festivities as well, in the aquamarine ring worn by the new Duchess, who also adorned her Stella McCartney halter gown with a pair of Cartier diamond drop earrings. 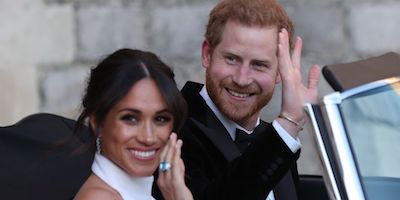 But despite the white on white of gown, diamonds, and platinum, the Duchess’s wedding ring is yellow gold. Like those of all women marrying into the royal family, it is made (also by Cleave) from a special cache of Welsh gold given by The Queen.

Las Vegas, NV—The 2018 Billboard Music Awards were held Sunday, May 20, in Las Vegas. Here’s who rocked what jewelry on the red carpet and on stage: 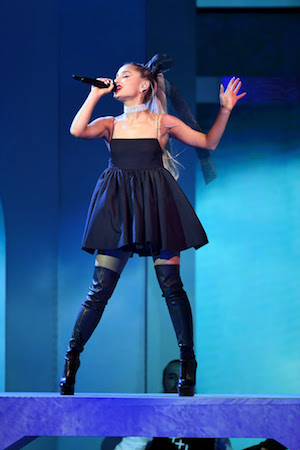 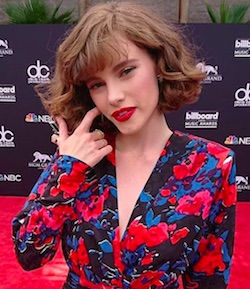 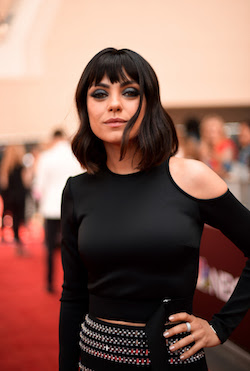 Mila Kunis, above, and Ciara, below left, in Le Vian. Below right, Maren Morris. 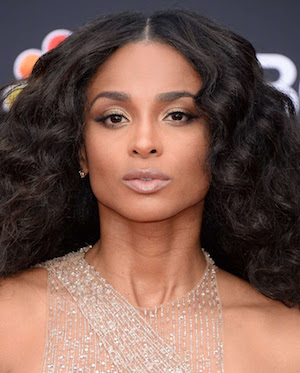 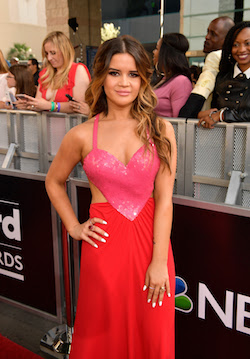 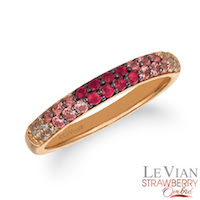 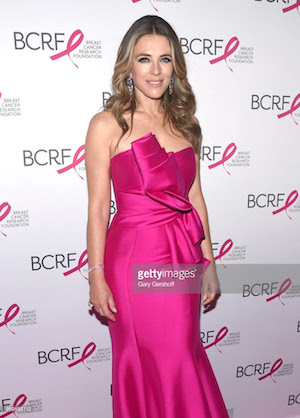 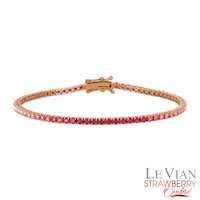 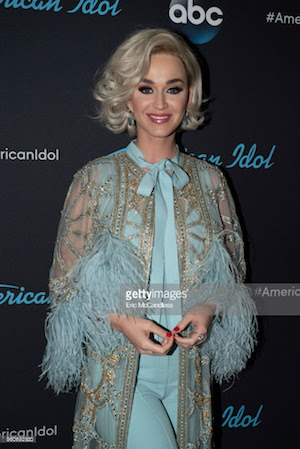 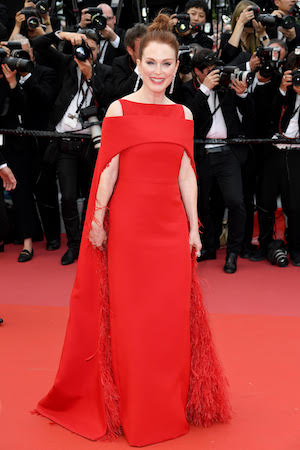 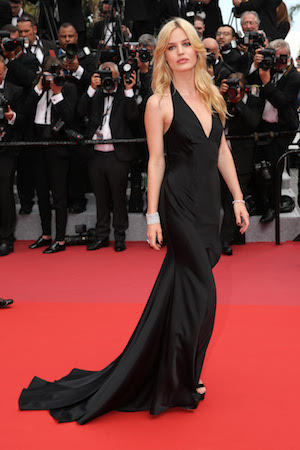 Julianne Moore and Georgia May Jagger in platinum jewelry on the red carpet at the Cannes Film Festival.