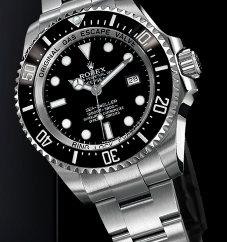 Tucson, AZ—In  a sign of renewed economic optimism, participants at Centurion 2011 contributed more than $44,000 to Jewelers For Children. The contributions represent a triple increase over 2010 figures, and were collected during multiple events taking place during Centurion, held January 29-February 1.

First, the annual silent auction—which featured four Rolex watches among the lots—netted $10,750 for the charity, according to David Rocha, executive director of Jewelers for Children. 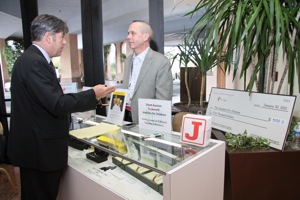 During a special ceremony honoring founder and president Howard Hauben on the occasion of the show’s 10th anniversary, Centurion exhibitors presented a check for $5,000 in Hauben’s name to the charity. Exhibitors Jeff Feero of Alex Sepkus, New York, and Jack Abraham of Jack Abraham – The Precious Collection, New York, each also made a $5,000 matching donation, then Hauben also made another $5,000 donation as an expression of gratitude for the honor. Total monies raised that evening totaled $20,000.

Later, a two-day Texas Hold ’Em tournament netted $13,420 in donations from the players, including $8,000 in matching donations from exhibitor Le Vian, New York, bringing the grand total to an estimated $44,170.