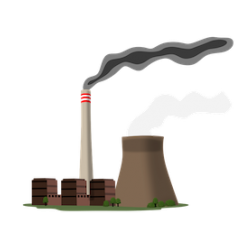 New York, NY—Lab-grown diamonds might be getting much more expensive soon. The sector recently has been experiencing an economic anomaly—rising consumer demand and declining prices—the exact opposite of what usually happens in the supply-and-demand driven free market. Normally, high demand would push prices up, but last month diamond industry analyst Edahn Golan showed how prices have been declining in the lab-grown sector, especially for larger goods 0.70 carat and above.

In October, the price delta between natural and lab-grown stones stood at 60%, while lab-grown prices declined 42.7% year-on-year.

Now, lab-grown prices might rocket up and supplies tighten amid the Chinese energy crisis. Bloomberg reports that almost half of all synthetic diamonds are produced in China, with jewelry-grade diamond production falling between 10% and 15% in the last month or so. China’s energy crisis has been described as the worst in a decade, and it is impacting far more than synthetic diamonds. Half of the country’s provinces are rationing electricity, factories have closed, and there are regular blackouts.

Heavily dependent on coal for its power, China also is the world’s biggest polluter, responsible for 27% per cent of global emissions of greenhouse gases. It is opening new coal-fired power stations and increasing emissions at an annual rate that is greater than the savings of the rest of the world put together, says a Global Energy Monitor analysis, which studies fossil fuel trends.

Liu Houxiang, a consultant at the National Gemstone Testing Center, told Bloomberg that as China’s energy crisis continues, some synthetic diamond growers have announced plans to raise prices. But for now, he says the impact is not too significant and thus far prices have not changed.

Still, the crisis can make it a lot tougher to sell lab-grown diamonds as an eco-friendly alternative to mined diamonds, debunking one of the sector's biggest marketing pushes. While some diamond growers are powered by renewable energy like wind and solar, Bloomberg says roughly three million of seven million carats of jewelry-grade synthetic diamonds come from energy-gobbling China. In the United States, the Federal Trade Commission already has warned synthetic diamond companies to tread lightly in marketing their diamonds as eco-friendly.