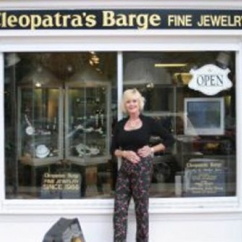 Naples, FL--Cleopatra's Barge Fine Jewelry has been doing business in the same Naples store for 56 years. But now it's time for a change. The store owner, Marilyn Janns, is preparing to relocate the store to a new location at the corner of Third Street and Fifth Avenue South.

Janns has mixed emotions about the move, as per a new report. After all, the store happened to be one of the longest-running businesses in Southwest Florida.

According to the report, Janns, 77, opened the long-running store at 1197 Third St. S. in 1966. She had moved to Naples from New York City and found so much love from customers in her new home. She also found romance in the city. According to another local news report, Janns met her former husband while on a vacation in Naples and he convinced her to move to the city.

"A lot of my customers are upset," she says in the report. "I get upset then. But it's going to be better for me."

The new store will open on October 1. Janns told the outlet that she intends to keep the same phone number and wants to continue her passion for creating jewelry and serving people.

Her daughter agrees. "Jewelry remains her passion," said Nicole Jones, Janss' daughter, in the news report. "After 56 years, she's not willing to say goodbye. Jewelry design will be something she will continue to offer. To help people design and redesign pieces to make them spectacular, something that they will enjoy and love to wear."

Read more of Janns' story in the entire news report.

Previous article:
These Retail Marketing Campaign Examples Are a Sure Thing for Your Store’s Promotion