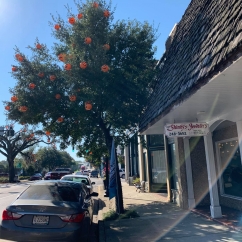 Conway, SC--Shirley’s Jewelers closed its doors on April 28 after being in business for 33 years.

It's been quite a journey for Shirley Todd, the store owner, who's been in the jewelry business for 55 years. According to a local news report, she started her career at Dennis Jewelers, working for two decades before starting her store.

Shirley’s Jewelers opened in 1989 after Dennis Jewelers was closed. “Everybody knew her as Shirley, who worked at Dennis Jewelers,” Todd's daughter, Samantha Hooks, tells the outlet.

It got special, as people who vacationed in Horry County would visit the store. “Things like that mean a lot to me,” Todd said, as per the news report.

The customers became a family, too, so it became tough when Todd decided to close the store to focus more on her health.

“This is a bittersweet situation,” Todd told the outlet. “I’ve enjoyed serving the customers.”