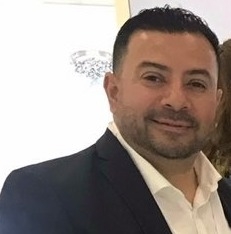 San Gabriel, CA—Julio Ramirez of MK Diamonds died March 16, presumably from the coronavirus. His death sparked shock and grief in the jewelry industry and outrage in his local community, where a CBS news report detailed how medical professionals repeatedly dismissed his worsening symptoms and refused to see him.

Ramirez, 43, was in perfect health and not in any groups considered to be at most risk for fatal complications from the virus, said his widow, Julie Murillo. “No medical conditions that I knew of and he’s never been on meds,” she told the CBS News affiliate in Los Angeles.

Although he presented with the typical symptoms of the virus after traveling, and those worsened dramatically in a short period of time, doctors never tested him for COVID-19—and indeed, refused to even see him, Murillo told CBS.

Ramirez started experiencing fever, aches, and a dry cough after flying back to Los Angeles March 8 from a business trip to Indiana. He told Murillo he’d sat on the plane next to someone who was coughing. He called a doctor at Kaiser Hospital-Downey on March 9 asking for an appointment, but the doctor there prescribed Tamiflu and cough medicine over the phone instead of seeing him personally.

When Ramirez’s symptoms didn’t improve, he called the doctor back on Wednesday, March 11, but never received a return call from the doctor or anyone in the facility.

By Friday, March 13, he was struggling to breathe, so Murillo took him to Kaiser-Downey’s urgent care facility, using a wheelchair to bring him inside. Despite obvious trouble breathing, Ramirez never saw a doctor in person: he was put in an empty room and the facility doctor called him over the phone. He was given an X-ray but never a COVID-19 test. The doctor said “it sounded like pneumonia,” according to the account given on a GoFundMe page set up by MK Diamonds to help Ramirez’s family. Ramirez was sent back home from the urgent care facility, where he died in bed Monday morning.

Julie Murillo, meanwhile, was tested for the virus after Ramirez’s death and is in quarantine at home. But the coroner’s office did not authorize an autopsy, instead accepting Kaiser’s diagnosis of pneumonia as cause of death. Murillo is paying for an independent autopsy to test for COVID-19.

Tributes to Ramirez poured out on social media, where jewelers remember his cheerful smile and gregarious good nature. 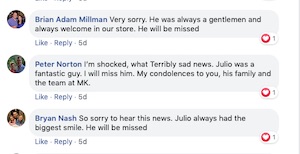 In addition to his widow Julie, Ramirez is survived by two children. 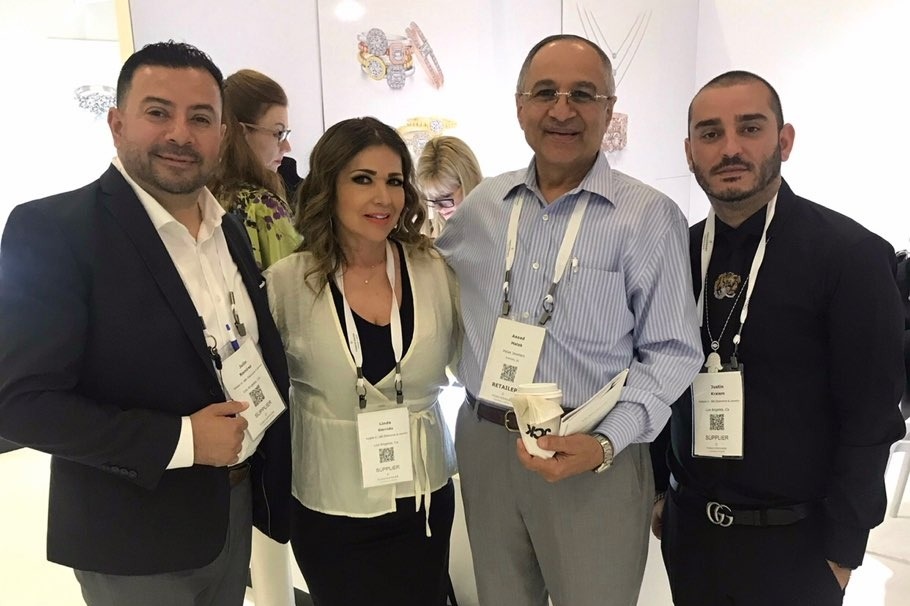 Julio Ramirez, left, with MK Diamonds colleagues and a customer.

Next article:
13 Simple eCommerce Strategies to Grow Your Business