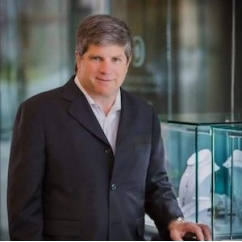 Johns Island, SC—Andrew Meyer, a longtime jeweler, wholesaler, and private pilot, died Saturday when his private plane crashed near Charleston, SC. He was 64.

Reports say the twin-engine Cessna was en route from Rocky Mount, NC to Zephyrhills, FL, and was believed to have been experiencing mechanical problems in one engine. Meyer was alone in the plane when it crashed in a wooded area as he was trying to land at Charleston Executive airport. He was pronounced dead at the scene.

Meyer was born into a jewelry family in Philadelphia but developed a love for Florida during his college years at the University of Miami. He returned to Pennsylvania and for years was the owner of an eponymous jewelry manufacturing company based in Ft. Washington, PA. He was a longtime member and board member of the American Gem Society, and as a leader with the Prestige Promenade organization had been active with the advisory board of the JCK Show in its early years. He also was an avid golfer.

After he closed his Pennsylvania-based manufacturing company, Meyer moved to Florida, relocating to Tampa, where he jumped to the other side of the counter and was the owner of Continental Wholesale Diamonds, a retail operation.

Speaking personally, Andy was a friend. In addition to being fellow Pennsylvanians, we had quite a few laughs together over the years, and I always appreciated his straightforward, no-nonsense demeanor. Blunt and outspoken, he did occasionally rattle some feathers but if you needed a favor, he was there for you. You always knew where you stood with Andy: if he had a beef with you, he said it straight to your face, but then it was all forgotten and you were back to being friends.

When he was still living in PA and running his company here, he’d often take his beloved Cessna to Las Vegas or to AGS Conclave, instead of flying commercial. On a few occasions, he invited me along but at the time I worked for JCK, and Reed, like most major corporations, had a strict policy about not flying private aircraft for business travel.

He is survived by a son, Jacob, and daughter, Gabrielle, and had just been to visit his newborn granddaughter, born March 17. 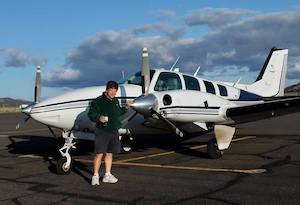 A photo of Andy as he'd surely want to be remembered.