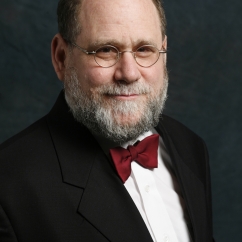 Ramat Gan, Israel—Martin Rapaport, left, always a controversial figure in the industry, may have pushed just a little too far. When last week's Rapaport Price List broke with pages of steep price drops—around 7%—in almost every single diamond category, the industry collectively said "enough." Members of the diamond trade took to social media with anger and invectives directed at Rapaport and many pulled their inventories from Rapaport’s online trading network almost immediately, JCK reported Monday. By Wednesday, two competing lists had announced alternatives for the furious industry.

While Rapaport insisted that the published changes reflect market realities, he also conceded that suspending his weekly report temporarily might be appropriate in light of the economic fallout of the global pandemic. On Monday, members were asked to vote by March 24 about suspending the list until May 1. At press time, no announcement had been made as to the outcome of the vote or any planned suspension.

Not good enough, said the industry. By Tuesday, the number of companies pulling goods off the site reached well over 400, said National Jeweler, including such storied major players such as Rosy Blue, Venus Jewel, and Pluczenik, among others. Some dealers are so angry they even called for a boycott of the vote.

“He really stepped over the line,” said VanderLinden, who is president both of Diamex, one of the companies that pulled its goods off RapNet, and of the Diamond Manufacturers & Importers Association of America.

“While we reject the idea that prices have not declined and requests that we recall the March 20 price list, we are receptive to calls for a short-term suspension of the price list,” Rapaport said in a statement, adding that if suspended, it would be the first time in the organization’s 42-year history.

“This is an extraordinary step we are taking as an act of solidarity with the trade. I am sorry about the angst and anger that the diamond trade is experiencing and pray that the crisis will pass in the near future.”

But the industry may just make the decision for Rapaport. On Tuesday, the World Federation of Diamond Bourses announced the launch of its own diamond trading platform and IDEX announced its diamond trading platform will open for free to all newcomers until August. The IDEX price index is market-driven, updated hourly and derived from live trades of its inventory, said a release from the organization. For information, visit www.idexonline.com.

The WFDB, meanwhile, has decided to develop a World Federation Diamond Trading Platform. While it’s not up and running yet, it’s in the process of creating a cross-bourse trading platform, according to a release from the organization. In the interim, while the site is being developed, the IDI (Israel Diamond Institute) has graciously invited all WFDB members to use its international trading platform, http://www.get-diamonds.com/.

“The brand-new, state-of-the-art, trading platform, which will be available for use by all members of all bourses, is being created specially keeping the needs of the WFDB members in mind,” said WFDB president Ernie Blom. “Additionally, it will give members genuine peace of mind, as every transaction will be backed and protected by the WFDB’s unparalleled and unique arbitration system. In these times of uncertainty, the dependability, security, and reliability of the WFDB’s arbitration system has never been more crucial, and we hope this new platform will help expand this system to modern trading methods.”

The WFDB believes that the new platform would also strongly contribute to the promotion of the trade and to healthy competition. The pandemic crisis has made it clear that all of WFDB’s members across the world are intimately linked, says the organization.

“If there is any silver lining and benefit to Covid-19, it has taught us that we must all come together to promote and facilitate the diamond trade in order for members of every bourse to trade freely with one another and to feel safe while doing so,” Blom said. “Unity in the face of crisis is the way forward for our industry. We encourage all of our member bourses to enthusiastically participate in this new venture.”

In what could be read as a thinly veiled swipe at Rapaport, Blom further said, “We all fully understand and empathize with the feelings of concern and frustration that our members have expressed to us with regard to the current crisis, and we believe that at this period all the actors in the global diamond industry should act with full responsibility and utmost caution.”

Next article:
In Memoriam: Andrew Meyer, Jeweler and Pilot