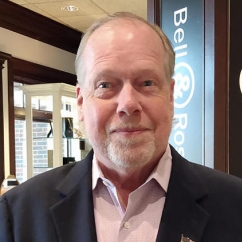 Norman will focus on finding and representing fine diamond and jewelry brands from major US-based manufacturers.

“We’re thrilled that David Norman has agreed to join Barton Clay as president,” CEO Eric C. McClain said in a statement. “We originally brought him in as a consultant and found his advice invaluable. His varied experience in the jewelry industry—from merchandising to marketing to e-commerce—will be instrumental in guiding our firm into the future.”

Norman began his career at Fox’s Jewelers, a 44-store chain. He worked his way up through the ranks, becoming vice president of merchandising and marketing, a role he later reprised at the Reeds Jewelers chain. He also served as president of Schwarzchild Jewelers, a prominent independent store in Richmond, VA, and helped establish a Hispanic-oriented division at Crescent Jewelers, and gained experience at two online jewelry companies.

Next article:
Luxury Retailer Bloomingdale’s Gears Up For A Different Kind of Holiday