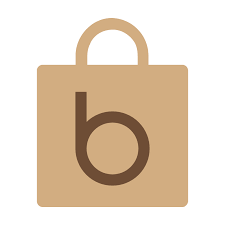 New York, NY—Bloomingdale’s, the luxury crown of the Macy’s empire, has weathered the pandemic surprisingly well. But like all retailers, it needs to sharply pivot its traditional holiday sales strategies.

Or, perhaps, not so surprisingly. Despite early predictions of doom for luxury marketers when the COVID-19 pandemic first cause nationwide shutdowns of everything from bars to, well, Bloomingdales itself, luxury sales have not only rebounded, they’re up over last year. For example, when the King of Prussia Mall, the second-largest in the nation, reopened in June after almost 12 weeks closed, lines outside of the Gucci and Louis Vuitton stores were two hours long.

In the jewelry industry, figures from The Edge Retail Academy showed better jewelers almost back to pre-pandemic sales levels as early as June, while its most recent data shows them up a whopping 17% in late September and early October. De Beers research since the pandemic shows diamond and diamond jewelry are poised to grab share of wallet from travel; something that at this point appears to be spot on.

Bloomingdales, like all retailers, is greatly amping up its digital offerings and digital experiences for holiday. Some of its traditional in-person seasonal events, like the holiday window reveal party (John Legend performed in 2019), or party makeup appointments, are not possible in current circumstances, but the retailer has added 18 new luxury brands to its website and is offering stylist help online. It’s got some VIP digital events planned for big spenders—like wreath-making with silversmith artist Michael Aram—and has even created a few luxury travel experiences in its print catalog, a la Neiman Marcus. The trips, to the Florida Keys and Maine, clock in at about $20,000 and include private jet transportation. 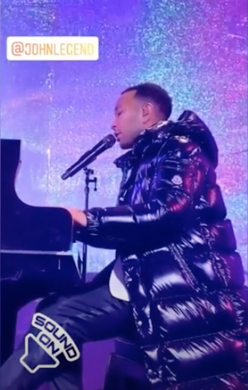 Singer John Legend was the featured performer at last year's Bloomingdales holiday window unveiling event, a tradition for the retailer that needs to be put on hold this year.

More modestly, the retailer will offer a lineup of gifts under $100 and, for the first time ever, will use flash sales or deals of the day promotions online to bring in shoppers. And anyone can join the digital window reveal party on November 23. The event will feature performances by singer Andra Day and ballerina Misty Copeland, and will benefit the Child Mind Institute. Viewers who make a donation (any amount) will be admitted to the virtual event.

But one fellow will be greatly missed during the holiday this year: Bloomies’ famous little brown bear. The pandemic hasn’t stopped customers from being able to fill their big brown bags—or order big brown boxes—but the annual Gund collectible bear couldn’t be produced this year due to the pandemic. Bloomingdales CEO Tony Spring told Bloomberg he hopes to be able to bring the bear back next year.

In other Macy's company news, something else that will be radically different this year is the Macy's Thanksgiving Day Parade. At press time it was still going on, but without spectators, marching bands, or even much of an actual parade. Outdoor events will be staged in Herald Square and all performances will be filmed in a socially distanced manner, then broadcast and streamed. The great balloon floats will be carried by vehicles, not humans. But rumor has it the Big Man himself, Santa Claus, is still expected to make his appearance to officially kick off the holiday shopping season.