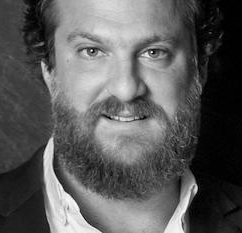 New York, NY—David and Sybil Yurman have promoted their son, Evan, (image) to president of their eponymous jewelry company. The younger Yurman, 39, chief creative officer, has worked with his parents for 20 years, and has led multiple business lines, most notably the firm’s men’s jewelry.

David Yurman, the firm’s namesake, remains lead designer and co-CEO with wife Sybil, who also serves as chief brand officer. The company was founded more than 50 years ago, and Yurman is widely credited with being a trailblazer in designer jewelry and branding. Where his father was in the vanguard of the designer jewelry movement, the younger Yurman is a leader in understanding retail as a customer experience, rather than simply about acquisition. He is heavily invested in the design of the firm’s retail boutiques, especially the firm’s flagship boutique in New York City.

As president, Evan Yurman will continue to oversee the company’s creative aspects but also will be responsible for commercial activities and strategic growth.