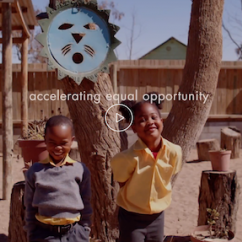 Las Vegas, NV—De Beers Group is betting on social responsibility as a key selling point for its diamonds. The miner unveiled plans for a significant boost in marketing spend, centering on its new strategy to connect consumers to social purpose. The announcement was made during a breakfast presentation at Luxury by JCK.

De Beers hopes to engage consumers directly with its Building Forever mission to achieve ambitious sustainability goals by 2030 to protect the planet and improve people’s lives.

In their keynote presentation, titled The Power of Purpose-Led Brands: How Values Create Value, De Beers executive vice presidents Stephen Lussier and David Prager emphasized consumers’ increasing interest in buying brands that have a demonstrable social purpose, enabling them to express their values through the brands they wear and outlined the various social programs De Beers already has to protect the natural world, accelerate equal opportunity (top image), and build thriving communities.

The miner will invest significantly in all touchpoints of the De Beers brand—as evidenced by rebranding Forevermark to De Beers Forevermark earlier this year—and in connecting more consumers to the positive impact of a De Beers diamond, they said. Going beyond the branded De Beers Jewellers and De Beers Forevermark jewelry houses, the company is developing a new trusted source program called the De Beers Code of Origin, a unique customized code that provides assurance that a diamond is natural and conflict free, was discovered by De Beers in either Botswana, Canada, Namibia, or South Africa, and that it has played a direct role in De Beers’ Building Forever mission.

In the United States and China, the De Beers Code of Origin will focus on diamonds larger than 0.30 carats. The Code itself is inscribed on the table of the diamond, but is invisible to the naked eye and does not affect the diamond’s clarity grading. The Code of Origin will also be available in India for jewelry pieces containing smaller diamonds, where the Code will feature on a report that covers all the diamonds within a jewelry piece.

Prager, chief brand officer of De Beers, said, “What if the precious De Beers diamond around your neck played an active role in safeguarding precious endangered species in the area where it was found? What if the De Beers Forevermark diamond studs you bought yourself to celebrate that new job had a role in creating 10,000 women entrepreneurs in the places where it was found? And what if owning a diamond discovered by De Beers meant you were playing an active role in the fight against climate change?” 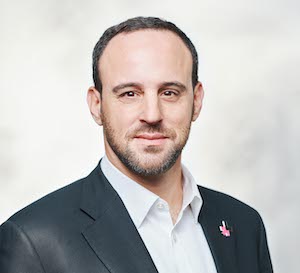 Noting that the majority of De Beers rough diamond production is currently sold into the market as unbranded, Prager showed the transformative potential of the Code of Origin: “For most consumers it will create a step-change in the connection they have to the story of their diamond. Not just where it came from and how it was sourced, but the positive difference it made in people’s lives.”

The Code of Origin is live in a development phase in markets around the world now and has had a very encouraging response, he said. “We will be working with our Sightholders and US retailers in the months ahead, and will continue to look for further development partners to support our intention to scale the program.” 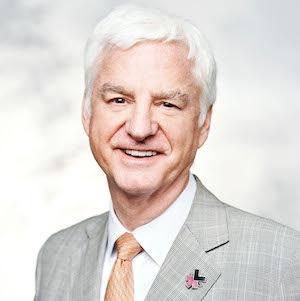 “It will be the most significant step-change to our marketing approach in the past decade. We will focus our marketing investment on driving what we call ‘fame and love’ for the De Beers brand, because the De Beers brand drives desire for De Beers Jewellers, De Beers Forevermark, and awareness for De Beers Code of Origin. We have combined the marketing teams and budgets of De Beers Jewellers, De Beers Forevermark and De Beers Group. That means more compelling storytelling that has an opportunity to connect with all consumers.”

Trade participants interested in learning more about the De Beers Code of Origin, including how they can apply to become a development partner, at www.debeerscoo.com/programs. More information about Building Forever and De Beers’ ambitious 2030 sustainability goals can be found at www.debeersgroup.com/buildingforever.

Next article:
Vegas Generally Better than Expected Despite Estimated 40% in Last-Minute Attendance Cancellations