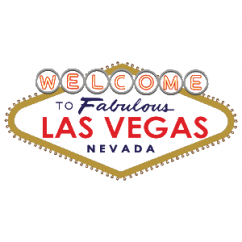 Las Vegas, NV--The Las Vegas shows were generally better than expected. This is despite rafts of last-minute attendance cancellations (an estimaterd 40%) by not only buyers but also major exhibitors such as Norman Silverman, GN Diamond and others who couldn't or wouldn't travel to the shows due to the latest rounds of COVID-19 variant scares.

In walking the halls of the major Las Vegas shows including Luxury By JCK, Couture and JCK, I witnessed strong business activity at Luxury all day Wednesday (August 25) and Thursday, August 26. Couture felt calm but steadily busy during the several hours I was there on Thursday.

What Participants Were Saying

In general, exhibitors at both Luxury and Couture felt business was better than expected. Some reported eqalling or exceeding 2019 numbers. My educated estimate is that as many as 40% of companies at the higher-end shows exceeded their 2019 numbers,

One major high-end exhibitor summed it up with this comment: "We were very concerned about the many cancellations coming in, but, you know what, the buyers who came were extremely serious and here to buy primarily because their business has been strong, and in almost all cases they wrote orders far exceeding our expected numbers. So we did more business than in 2019 on many fewer appointments but we were very pleased."

The JCK show halls were busy in general on Friday and Saturday, with some booths literally overflowing with people. On the other hand, buyers reported that they enjoyed the easier access to booths than in the past due to the smaller crowds.

This was fascinating for me as an observer and participant. What I mean by dichotomy is that most attendees did a great job of trying to protect one another by wearing their masks during the shows. But at dinners and cocktail parties where it is acceptable to take off your mask to drink or eat, few people wore masks at all or even attempted to practice social distancing, myself included. So if based on the latest news that everyone vaccinated or not can get covid and pass it on to others, this was made even more possible with how pretty much everyone I saw was very naturally handling dinners and social functions. It was great fun, but who knows.

Previous article:
De Beers Announces Sweeping New Investment In Marketing; Social Purpose To Be At Forefront Of Selling Its Diamonds