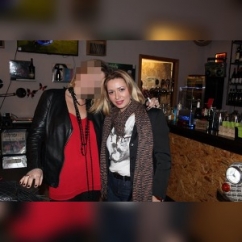 Naples, Italy--Maria Adela Kuhfeldt Rivera, whose real name was found out to be Olga Kolobova, has been identified by Netherlands-based investigative journalism group Bellingcat as a spy working for Russia's GRU foreign intelligence service.

According to a news report, Kolobova was deployed as a seductive socialite and businesswoman for a decade, who had managed to forge connections in the United Kingdom and countries in the Middle East.

The accused traveled between Rome, Malta, and Paris for many years before she settled down in Naples, Italy. She charmed her way into high-level circles and placed herself in the center of the city's international party scene, all while running a plush jewelry boutique. She'd even attend balls held by the NATO and Marine Corps and managed to become the secretary of the fundraising charity Lions Club Napoli Monte Nuovo, which is linked to the NATO HQ.

Fluent in Italian and English, the suspect befriended many officers, including a US Navy employee who reportedly had a "crush" on her.

"She was very beautiful, very understated. I didn't think other women liked her because they realized she could if she chose, be a threat," said Marcelle D'Argy Smith, the former editor of the women's magazine Cosmopolitan, per the release. "She had lots of male friends, but they never seemed worthy. She was so attractive, and the men looked ordinary, and I never understood it."

In 2018, the socialite purchased a one-way ticket from Naples to Moscow — the last her friends saw of her. The same year, Russia's GRY foreign service attempted the assassination of former Russian military intelligence officer Sergei Skripal in Salisbury, who was accused of being a British agent. The report added that Rivera believed her cover was blown, which led her to make the hurried exit.

Next article:
Fake Cartier and Other Jewelry Falsely Priced Around $10 Million Seized