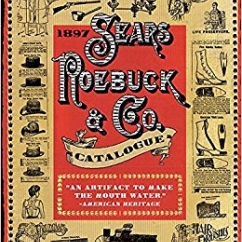 New York, NY—How did a formidable giant like Sears—in its heyday the personification of American consumerism—end up on life support? Especially since, in theory, the company that Richard Sears and Alvah Roebuck founded in the 19th century as a mail-order catalog should have been not just at the forefront of online retail, but should have been the leader, the innovator, the practically-owns-the-Internet shopping site. After all, a retailer that got its start by getting its goods into far-flung rural American homes knows a bit about dominating the landscape in underserved (and, later, not so underserved) markets.

Fast forward 125 years and thanks to online shopping, Americans in rural communities can have the same things as their big-city counterparts, only days later instead of months or even years later.

Sears should have been all over that, right?

In this interesting essay on MediaPost, author Gord Hotchkiss posits that after its initial innovation of mail-order catalogs in the 19th century, Sears made some smart moves but its golden years really happened more out of luck than pluck. Initially, the company set new standards and then grew to dominance as railroads allowed goods to be sent nationwide, and the retailer also introduced something revolutionary in its day: it allowed free returns. So far, all prescient plays straight out of Amazon’s book.

Sears president Robert E. Wood wanted to open physical Sears store locations in the 1920s and 1930s. (Hello, Amazon?) Other executives were reluctant but Wood prevailed, reimagining the store of the day. He also built his stores in places where land was cheap. By the middle of the 20th century, Sears was the quintessential supplier to middle America. But Hotchkiss believes that was more a stroke of fortuitous timing than anything else: car culture caught on, the post-WWII consumerist boom was raging, and Americans were fleeing cities in droves for the green pastures of suburbia—in other words, to the formerly cheap land outside of town where Sears had built its stores.

So why, given its pedigree, wasn’t this retailer the 800-lb. online gorilla instead of Amazon? Why did it double down on malls just as malls began losing their luster? Why are its exclusive marquee brands, Kenmore appliances and Craftsman tools, now being sold at Ace Hardware and other brick and mortar stores and—as of last week—on Amazon? (The Craftsman brand, incidentally, was sold recently to former competitors Stanley Black & Decker.)

That’s the food for thought, and you’ll have to read more about it here and here to find out why at least a few experts think it was inevitable that Sears would eventually implode—and hope that more retailers don’t share its fate.