Williamsburg, NY—Marla Aaron, who made her B2B trade debut as one of as one of Centurion’s Emerging Designers in 2017), has always thought outside the proverbial jewelry box. Her signature bejeweled locks were inspired by the locking mechanism she observed while on a zipline adventure with her children, and her jewelry business was well established online as direct-to-consumer before she began to wholesale her line to retail jewelers and entered the Centurion competition. 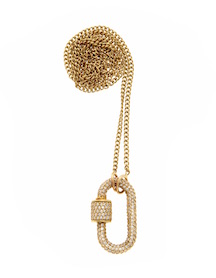 As a direct-to-consumer business, Aaron has always been focused on creative interaction with customers. That’s why she launched a jewelry vending machine (left, image Forbes), which debuted at the Brooklyn Museum last year and this summer moved to the William Vale, a luxury boutique hotel in Brooklyn. The machine, which she had custom-designed, garnered tons of press for the designer, who initially envisioned it for low-end pieces. But as sales crept higher, she included prices up to about $1,588 retail, reports the New York Post. The machine is opaque; its contents are featured as images on a touch screen. Customers are reassured they can talk with a human or reach out via email or Instagram for any issues, and purchases are returnable.

Jewelry vending, while not unheard of, is far from common, especially in the United States. Richline did a test run at Borsheims during the 2012 Berkshire Hathaway shareholder event, but that’s about it. Machines have been known to sell gold ingots, but gold jewelry, not so much.

Related: Gold Vending Machines Net $40 Million In Sales To Date; Diamonds Are Next

As for Aaron’s machine, everything was going great until a crook showed up last Thursday with a bunch of fraudulent credit cards, which he used to steal approximately $13,000 worth of jewelry from the machine. The Post says police declined to identify which pieces the crook “bought.”

Meanwhile, Aaron admitted to the Post that she’s not entirely surprised. She always assumed that eventually someone would try to rob the machine, although she was convinced they would figure out a way to just lift the entire “weighs a ton, literally” device, not that they’d clean it out with bogus credit cards. 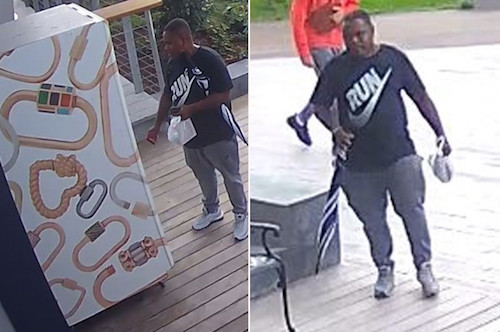