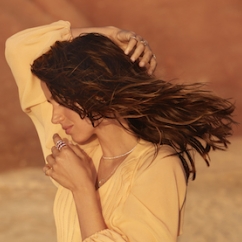 Antwerp, Belgium—In just three months since its rebranding, the Natural Diamond Council has broken prior records in reaching consumers and creating desire for diamond jewelry. Google searches for diamonds and diamond jewelry are sharply up, reversing a years-long downward trend.

“Over last 10 years, this simple report is the most accurate determination of consumer sentiment toward your product, brand, or category,” said NDC CEO David Kellie. He showed year-on-year results for diamond jewelry search in the United States. Last year it was negative, continuing a troubling long-term trend the industry was grappling with. It fell sharply even lower when the pandemic crisis hit in March/April, but reversed and then went into positive territory from May – August, with more people interested in diamond jewelry than during that period last year.

“We’re also seeing that in retail reports,” confirmed Kellie. Online sales started up earlier than brick-and-mortar—digital performing well since the end of April--but physical sales are coming back since stores began opening up.

As part of the closing sessions of the virtual World Diamond Congress, Kellie outlined all the key metrics the NDC has made since its strategic rebranding.

“The role of the Natural Diamond Council is to focus on creating emotional desire for natural diamonds.” The industry has underinvested in its messaging for the last decade; the NDC is here to invest in it. “We are here for the industry,” he emphasized.

It’s been an exceptional, crazy year, but Kellie remains optimistic. “I believe there’s huge potential in this industry, but I say that knowing we’re not yet through the crisis and a lot of challenges remain ahead of us.”

The other focus has been on getting out content and messaging.

“Young consumers LOVE diamonds! We just need to talk to them in the appropriate voice,” said Kellie. Dominance of digital communications is key to accomplishing that, along with content that is inspiring, varied, and relevant. And, he said, celebrities still carry very strong influence with this demographic.

Dominance of digital communication channels is key, says Kellie. The industry has long lagged behind. It’s made improvements, and is still working on further improvement.

“We can’t make excuses, we have to dominate digital channels. We can’t say we can’t. We have to,” he said. The industry’s financial future depends on it.

“We’re just at the start of an inspiring journey to re-establish diamond jewelry as the most desirable luxury in the world.” It’s tough competition with bags and shoes, and normally with travel and experiences, though those are hobbled at the moment, opening up a lot of opportunity for diamonds.

The effort began with the launch of naturaldiamonds.com, a consumer-facing website with highly relevant content from leading influencers in fashion and jewelry media. Site visits smashed through forecasts in July and August, he said. About 250,000 visitors a day are coming to the NDC site and engagement on social media is very high, particularly on Instagram. “I’m amazed at the engagement levels we’re getting. They far exceed the fashion industry,” Kellie said.

The NDC site also has a Chinese and an Indian version, bringing local flavor to each of the three major markets along with the global content.

Next article:
PA Jeweler Creates Collection To Inspire Hope And Give Back