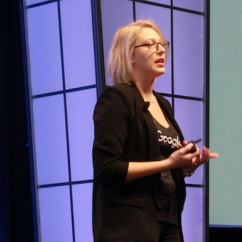 Scottsdale, AZ—John Wanamaker, the great Philadelphia department store founder, once famously said, “Half the money I spend on advertising is wasted; the trouble is, I don’t know which half.”

Fast-forward more than a century and Jamie Blomquist (left), agency development manager at Google, can tell you exactly which half it is. Except that jewelers aren’t wasting just half, they’re wasting three-fourths of their advertising money, she says. During a morning presentation at the recent Centurion Scottsdale show, Blomquist—who co-presented the session with Andrea Hill of Hill Management Group—told jewelers bluntly their ad spending ratio is almost the exact opposite of where consumers are spending their time.

“Most jewelers are advertising on print, outdoor, radio, and TV, but most consumers are spending more time on digital,” she told the audience. Jewelers typically spend about 25% of their total ad budgets on digital marketing, with the remaining 75% being spent on traditional media. Consumers, meanwhile, spend about half their time on digital media. 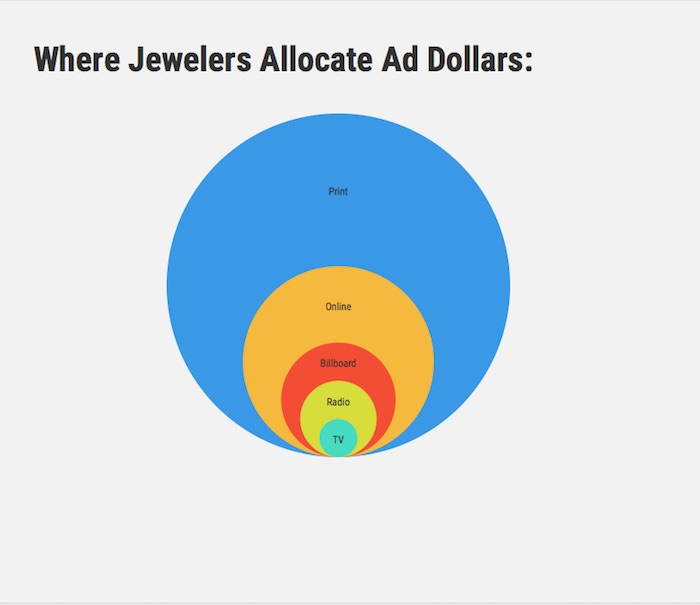 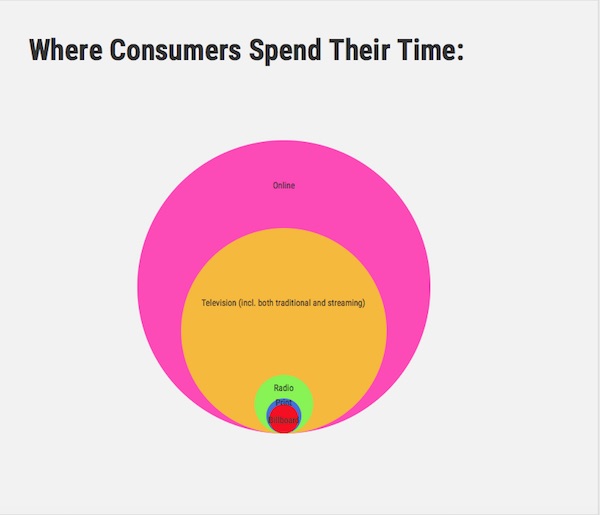 (Editor's note: the charts Blomquist used in her presentation are copyright-protected and not available for publication. The Centurion Newsletter drew these charts based on the information Blomquist revealed in her session.)

This is especially true of Millennials, she said, but it’s also true across the board. For the remaining half of consumers’ time, the majority is spent watching TV—and if they’re Millennial consumers in the engagement ring demographic, they’re most likely watching it via streaming services:

“Almost half of adults age 22-45 are watching absolutely no content on traditional TV platforms. Millennials are using streaming services such as YouTube, Netflix, Amazon Prime, and Hulu,” said Blomquist. 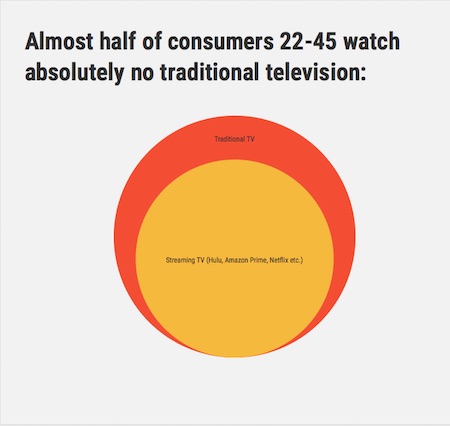 Of consumers’ remaining time, about one quarter of it is spent with radio—again, streaming services such as Sirius are a significant part of the mix—and the rest is split between traditional television and outdoor.

Make it mobile and make it fast. Mobile has overtaken desktop and tablet as the digital device of choice. 70% of all Google searches happen on mobile phones, said Blomquist. 76% of clicks also happen via mobile phones. Having a website that’s mobile responsive isn’t a luxury, it’s a necessity.

“Google has noted a doubling of “near me” searches (i.e. “diamond jewelry near me” or “jewelry store near me”) and of those, 76% will end up at a store the same day,” she told the audience. That’s not going to happen with consumers that drive by a billboard.

And impatience reigns: 53% of consumers will abandon the search if a site takes more than three seconds to load.

“It’s about the expectation you hope to create with your customers. Your showrooms are gorgeous and you’re so thoughtful of the experience your customers have in your store—but if this is your digital experience, it’s incongruent,” she said.

And soon it’s going to be a punishable offense—at least in Google terms. Blomgquist warned that starting later this year, Google Search is going to penalize slow sites in search rankings, even organic rankings, and it will reward sites that have good consumer experiences.

For those who still think luxury shoppers are traditionalists, Blomquist said about 6% of luxury sales were done online in 2016. That number is expected to double to 12% by 2020 and grow to 18% in 2025.

“18% is not a high number, but retailers are worried about declining footsteps in store,” said Blomquist. Google did a study, she said, and advertisers across all retail reported dramatically less footsteps in store: less than half between 2010 and 2016!

It’s not that people aren’t shopping, she reassured, it’s that they’re doing it differently. “We dug further and found that store sales increased from $641 billion to $750 billion. So people coming in your store aren’t doing their shopping, they’re confirming and buying.

“In 2007, people would go to 10 dealerships to buy a car. Now they go to two.” They still buy the car (or the diamond), they just research and decide which one in a very different manner than even 7 years ago.

Next week: How to make your site stand out and be visible, and how to track your success, using easy-to-understand strategies from industry and technology expert Andrea Hill.

Next article:
The Month In Review: February