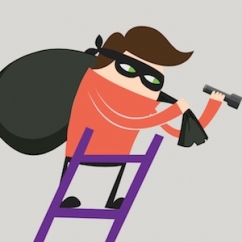 New York, NY—The jewelry industry is under siege, says the Jewelers Security Alliance. 20 jewelry stores have been hit by smash-and-grab robbers since last October and, although the time between incidents varies slightly, that averages out to approximately one robbery per week and they’re happening in a lot more places.

At first, the string of robberies was largely confined to the upper Midwest—Michigan, Indiana, and Ohio, with one in Missouri. But since the end of last year the pattern has spread, with more recent incidents occurring in Kentucky, western New York and Pennsylvania, and once on the east coast in Braintree, MA. 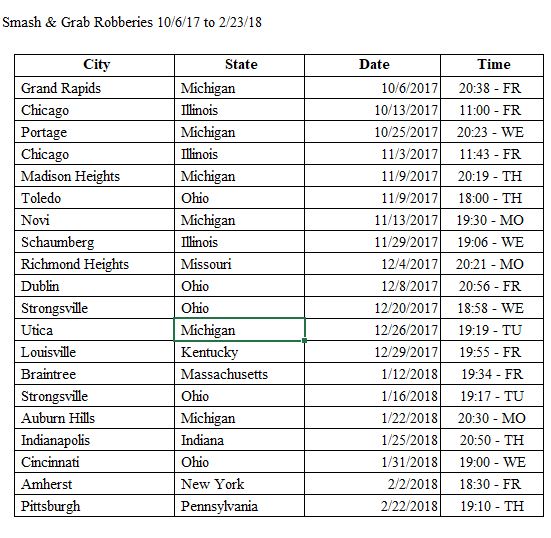 The most recent robbery occurred February 22 in Pittsburgh, PA. Three black suspects (pictured), two males, and possibly one female who held the door, entered a retail jewelry store at 7:10 p.m. and went to a high-end watch case. The two males smashed the case with hammers, grabbed watches, and fled in less than two minutes. 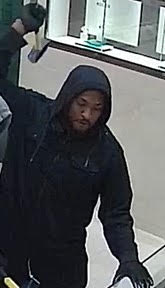 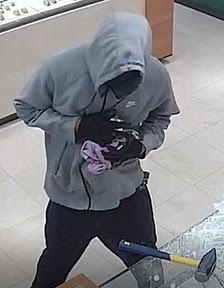 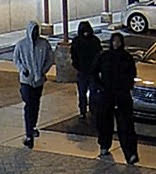 The Jewelers Security Alliance says the Pittsburgh robbery is the same pattern as all 20 that have been happening since October 2017. Most occurred between 6:30 p.m. and 8:30 p.m., near closing time. Retail jewelers are warned to be particularly vigilant during these hours, and JSA recommends buzzers for locked doors are best, since many of these incidents had the criminals approaching with visible hammers, masks, or concealed identities.

Other tips from the JSA include positioning a guard at the front door during this time period, monitoring the outside parking lot with cameras or by eye, and locking the door when suspicious persons are approaching. Install showcases with burglary-resistant laminated glass, and mount eye-level surveillance cameras which are better for identifying suspects than ceiling-mounted models, which might only capture the top of the suspect’s head or hood.

Spread high-value goods between cases and in case you are a victim of a robbery, never resist. “These are violent people. They may have a weapon and they might use it if the wrong person goes after it or starts to grab them,” JSA president John Kennedy advised.

Shoplifting still the number-one form of theft. Jewelers nationwide are increasingly afraid of theft, says a survey conducted by Senseon Secure Access. Although the latest string of smash-and-grab thefts is alarming in its frequency and similarity, the survey found shoplifting to be the most common crime committed against respondents.

Three-quarters (75%) of retail jewelers participating in the survey said they are more concerned about jewelry theft than in the past. And of those jewelers expressing anxiety, 44% are “a lot” or “moderately” concerned. Nearly one-third (31%) of respondents experienced jewelry loss through theft in 2015, 2016 or 2017.

Shoplifting was the most common cause of theft, cited by 44% of respondents, followed by burglary (27%), employee theft (26%), and robbery (21%). 35% of jewelers who reported experiencing theft in the last three years saw an increase in shoplifting. 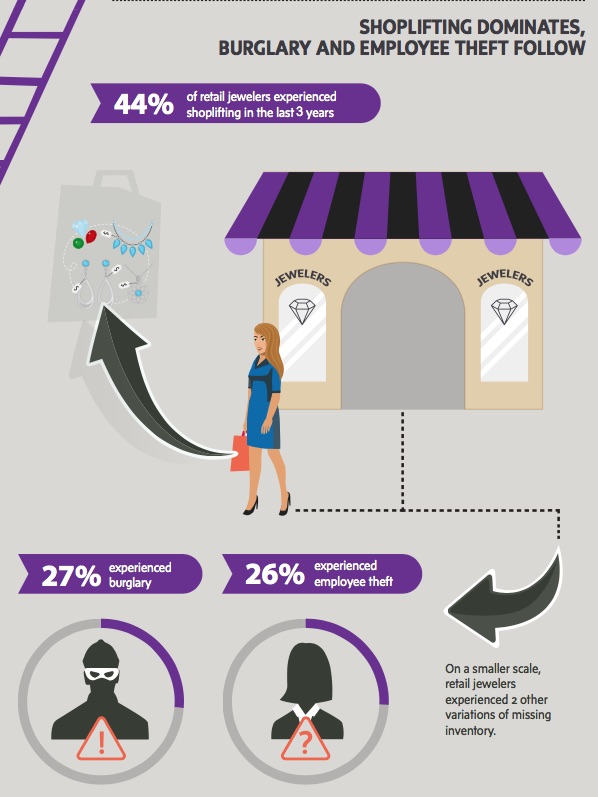 The biggest merchandise protection problem for jewelers is display cases and cabinets left unlocked and unattended, cited by almost ¼ of respondents. 12% said using physical keys to show merchandise take too much time and trouble.

“Merchandise theft clearly is a significant reality for retail jewelers,” said Sid Kalantar, senior vice president of sales and marketing for Senseon. He recommended jewelers adopt high-tech solutions such as RFID, automatic relocking cases, and other electronic secure access locking systems, some of which can also be programmed to keep track of which employee opens which case at any given time. Click here to learn more.

New York, NY—As the fine jewelry industry adapts to a rapidly changing market, so are many of its own institutions changing, including the Twenty-Four Karat Club of the City of New York, an organization whose long-standing history and traditions stand out even in an industry deeply steeped in tradition.

The Club has made some significant changes in recent years. Addressing the growing diversity of the jewelry industry, the Club no longer requires members to be American citizens. Members must be permanent legal residents of the United States and be committed to the U.S. fine jewelry industry, but they can be proposed for membership without being citizens.

After a 100+ year tradition of keeping the entertainment of its prestigious Banquet secret until the evening of the event, the Club has for three years announced performers in advance. “We’ve received very positive feedback after we decided to announce the entertainment ahead of the Banquet starting in 2016. Keeping it a secret until the evening added a fun element of surprise, but in an age where sharing everything is the norm, it was the right time to change up the tradition,” says Club chairman Jeffrey Fischer.

Finally, after more than a century at the famed Waldorf Astoria Hotel, the annual banquet moved to the New York Hilton Midtown this year while the Waldorf is closed for a three-year renovation. Club members feared the change in venue might impact the grand, elegant feel of the banquet. 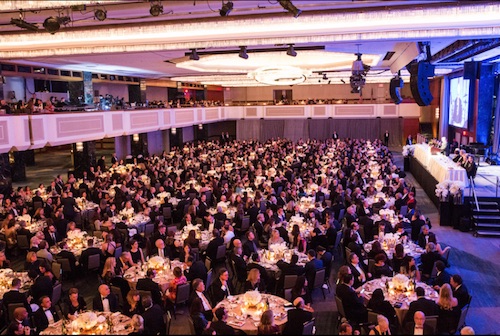 The answer? Not at all!

In fact, many members and guests liked the Hilton better for its easier movement between the various rooms and suites where different cocktail receptions and after-dinner events were taking place. Addressing more than 1,000 guests at the January 20 event, Club president Ronnie VanderLinden told the audience, “It proves that while tradition matters, it’s really the people, not the place, that matter most.”

Many Club traditions remain: The dinner began, as always, with the singing of the Star-Spangled Banner, led by Daniel Rodriguez, the former New York City police officer who stepped down from the force to pursue patriotic singing full time after the 9/11 terror attacks. (Originally, the West Point Glee Club of the United States Military Academy in West Point, NY, had been tapped to lead the anthem, but the U.S. government shutdown that had begun 19 hours earlier meant the cadets were restricted to base and could not perform.)

The invocation before dinner—a Club tradition that rotates clergy of different faiths each year—was offered by Rabbi Steve Meltz of Chavurah Beth Shalom in Alpine, NJ. “You’re very blessed to be in the industry you’re in, that allows you to use your talents and creativity to their fullest. May you all be blessed with a healthy and successful 2018,” he said.

After the performance, guests danced the night away at the Club’s midnight “Bash” in the Hilton’s Trianon Suite, featuring the music of Brass Attack, a longtime favorite. Those who preferred a more subdued environment relaxed in a quiet jazz lounge in the nearby Petite Trianon Suite.

The Club continues to add new features for members: its quarterly lunches and annual Beefsteak Dinner rotate among a variety of five-star restaurants that New York City offers, and more member enhancements will be added later this year.

Richard Liddicoat, ‘Father of Modern Gemology,’ To Be Honored On Centennial

Carlsbad, CA—March 2, 2018 marks the centennial birth anniversary of Richard T. Liddicoat, the “Father of Modern Gemology.” GIA (Gemological Institute of America) will celebrate his achievements later this year at the 2018 GIA International Gemological Symposium at GIA’s World Headquarters in Carlsbad, CA, on October 7-8.

Liddicoat joined GIA in 1940 as assistant director of education after graduating from the University of Michigan with a bachelor’s degree in geology and master’s in mineralogy. He and his GIA colleagues established the universal standards for evaluating the quality of diamonds – the 4Cs of diamond quality and the trademarked International Diamond Grading System – that paved the way for informed consumer choice and protection, and that to this day help ensure the public’s trust in gems and jewelry.

“Richard T. Liddicoat – RTL – was able to connect with so many people – students, colleagues, clients, the public – not only as president of the Institute but as a mentor, visionary, a friend and a brilliant gemologist,” said Susan Jacques, GIA president and CEO. “Everyone at GIA works every day to carry on RTL’s legacy and the mission that he exemplified.”

Liddicoat documented much of GIA’s research and standards in books, such as the Handbook of Gem Identification, The GIA Jeweler’s Manual, and the Diamond Dictionary, and articles in trade journals. His passion for education eventually led to expanding GIA’s education programs, including offering gemology classes in Japan. He became executive president of GIA in 1952 and was editor-in-chief of GIA’s quarterly journal Gems & Gemology for 50 years.

“Most importantly, Mr. Liddicoat was eager to share his vast knowledge; he had time for every person in the Institute. He had a self-effacing style that made everyone comfortable around him,” said Tom Moses, GIA’s executive vice president and chief laboratory and research officer. “His well-rounded knowledge of the industry and business in general are less known.”

Liddicoat’s more than 60 years of service to the gem and jewelry industry has been honored in many ways. He received numerous lifetime achievement awards and honorary memberships from organizations such as the American Gem Society, the Gemmological Association of Great Britain and the American Gem Trade Association. Dr. Pete J. Dunn and his colleagues at the U.S. National Museum of Natural History identified Liddicoatite, a calcium-rich lithium tourmaline, as a distinct mineral in 1977, and chose its name in recognition of Liddicoat’s many contributions to gemological knowledge and education. The Richard T. Liddicoat Gemological Library & Information Center at GIA’s World Headquarters was named in his honor in 1989. To learn more about his remarkable contributions, click here.

GIA’s 2018 International Gemological Symposium will offer expert presentations, panel sessions, and networking opportunities to scientists and business leaders from all areas of the gem and jewelry industry. To learn more, click here.