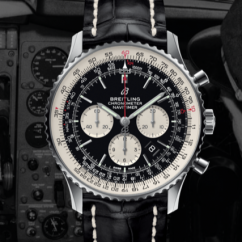 New York, NY—Do your watch customers ever mention the timepieces they've seen on TV? Maybe the Jaeger-LeCoultre worn by Don Draper of Mad Men fame? Or how about The West Wing’s Sam Seaborn? Or maybe it’s the bad boys who inspire them, like Walter White or Tony Soprano? Image: The Breitling Navitimer is a favorite of comedian Jerry Seinfeld, both on TV and in real life.

Luxury watches have played starring roles on TV along with the famous characters who wore them. In this article, the Australian edition of GQ magazine lists six of the top timepiece brands with leading roles on TV: Rolex (three spots), Jaeger Le-Coultre, Breitling, TAG Heuer, and in the non-luxury category, Timex.

Over the course of Mad Men’s run, ad exec Don Draper (played by actor Jon Hamm) sported a Rolex Explorer and an Omega DeVille, but the Jaeger-LeCoultre Reverso he buys to celebrate a promotion is the one most associated with his character. 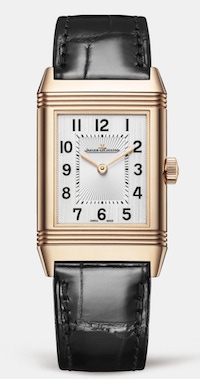 Don Draper (played by Jon Hamm) bought himself a gold Jaeger-LeCoultre Reverso on Mad Men. His was similar to this one from the brand's website, but it had a brown strap instead of black.

Meanwhile, The West Wing’s Sam Seaborn (played by Rob Lowe), wore a Rolex Submariner Date on the show, which ran from 1999-2006. The real presidents of that time (Bill Clinton and George W. Bush), however, were far more understated: both wore inexpensive Timex watches, notes GQ.

Could The Office’s Michael Scott (played by Steve Carrell) have been channeling those presidents? For most of the series’ 2005-2013 run, he was seen wearing a Timex Perpetual Calendar.

Comedian Jerry Seinfeld, a real-life aficionado of Breitling watches, wore the brand’s Navitimer and Chronomat on his eponymous series. In later TV appearances after the series ended, he’s still wearing a Breitling.

Now, the bad boys: Breaking Bad’s Walter White (played by Bryan Cranston) turned his chemistry background from teaching high school to making and selling meth. But he did at least get a TAG Heuer Monaco out of his drug profits.

Finally, everyone’s favorite New Jersey mobster Tony Soprano (played by the late James Gandolfini), wore exactly what one might expect of such a character: a gold Rolex, usually a Day-Date like this one: 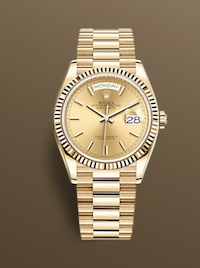