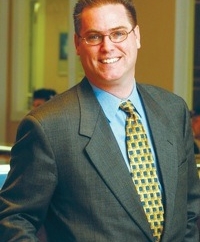 Mt. Pleasant, SC--Our numbers are finally in and I am pleased to report that the Ideal Marketing Group of stores posted a record 18.15% average growth in sales for December 2010. (A few stores had computer-accounting issues, so final numbers were delayed a few weeks, but they were worth the wait!)

Here were the top performing IMG stores in December:

Springers Jewelers, Portland ME, was up a solid 15.32% in December, a big move for a three-store operation.

Toledo, OH-based David Fairclough closed out his best year since 2005, with an amazing 51.71% December.

Finally, Romm Diamonds in Brockton, MA, came in as our big number-one with a monster 59.28% increase over 2010!

Real estate still a downer. Only four jewelers in the IMG posted negative numbers, and of those, the worst was only down 14%. But what I noted was that stores posting negative December numbers all were located in states that have yet to recover from the real estate collapse; ie., in Florida, the Southwest, and California. Our top performing stores started in Maine and stopped at the Rocky Mountains.

I'm afraid those soft real estate markets still have a tough year or more ahead, but that also means opportunity for market share growth as your competition stays in survival mode. The best defense is always a strong offense.

Outperforming the competition. Once again, proof is in the numbers. Market dominant advertising is the key to better than average performance. We MUST bring in new customers every day. With only a few exceptions, IMG stores are the dominant fine jewelry advertisers in their markets. We approach every year with this question: How can we reach the most upscale consumers with our message of quality and lasting value, every month of the year, cost effectively? How can we become number one in "top of mind" awareness and what do we need to do to stay there?