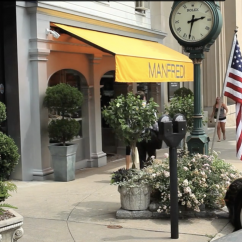 Greenwich, CT--Roberto Chiappelloni started his career as a restauranteur. But a chance encounter at a pawn shop showed him the way to his second career — that of a jeweler and watchmaker.

Chiappelloni now has two stores — one in Greenwich and the other in New Canaan.

In an interview with Watchpro, Chiappelloni opens up on his journey in the jewelry industry and how he navigated his retail businesses to success. He'd even raised his profile as a watch collector too.

Chiappelloni credits three things that made him a timepiece collector: his love for watches, his prosperous financial background, which made him buy more watches, and all the watches he'd keep receiving as presents. "I never thought they would be worth anything at the time when quartz watches were all the rage," he recalls in the interview.

Chiappelloni says in the interview that he saw an opportunity to make money by selling vintage watches, as brands such as Rolex and Patek Philippe were already going around in the area.

Opening a store was only a start. Chiappelloni partnered with some influential brands and even had some anniversary editions made for his customers.

In the interview, Chiappelloni talks about the importance of carving a niche and building a loyal customer base. Read more in the entire interview.

Next article:
LUSIX Completes $90 Million Investment Round from Key Investors