Many jewelers are fretting over how to attract Millennials. It’s hard to find a show or conference that doesn’t have a list of seminars dedicated to attracting Millennials, or a pundit that hasn’t issued dire warnings about how differently they shop. The core topic of the recent American Gem Society Conclave in New Orleans was Millennials.

Hubbell, however, says forget those poor Millennials for now—but forget those rich Boomers at your own peril. While jewelers are busy wooing and worrying about Millennials, their best opportunity for high-ticket sales is alive, well, and going to be spending their millions elsewhere if we don’t work to keep them, warns the author of The Old Rush and founder and CEO of BoomAgers, an advertising agency focusing on Boomer consumers.

“Boomers are the next big thing,” he told the audience at the Gold: Trends, Techniques, and Transparency conference sponsored by Initiatives in Art & Culture. “In less than five years, 50% of the American population will be age 50 or older.”

Marie Stafford of J. Walter Thompson’s JWT Intelligence says there’s a perception that 50 and older is all the same. “There is no distinction made between someone who’s still quite fit, working and very engaged in the world, and someone who’s 80 or 90. That’s probably why so much communication is going wrong.”

Ever since the early 1960s when the first Boomers turned 18, retailers have been obsessed with the 18-49 demographic. So when the first Millennials turned 18 (roughly in the late 1990s), retailers collectively shifted their focus like fans at a tennis match. But few bothered to turn their heads when the youngest Boomers exited the demographic last year, and that, says Hubbell, is a huge, expensive mistake.

“People in business have experience doing what they’ve always done. It’s hard to overcome inertia. But consumers don’t know what they want till they want it. If Henry Ford had listened to the research, he would have tried to breed a faster horse, not build a car,” he told The Centurion in an exclusive interview. 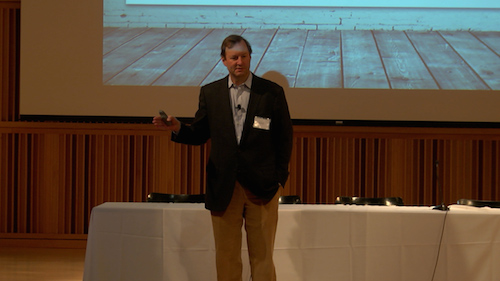 New research by global ad agency Ketchum shows that contrary to the stereotype of being "stuck in their ways," 89% of consumers over 50 claim they’re open to trying new brands, citing evolving priorities.  The whole notion of age is a relic of the past, says Hubbell. Age is a spirit, a state of mind, he says.

“Everyone thinks age is biological, but it’s psychological,” he said. Most consumers age 65 to 74 feel at least 19 years younger than their actual age, but conventional advertising focuses on age and [life] stage, and as such, anyone over 50 is suddenly rendered invisible; irrelevant to anyone but sellers of health care products.

Stafford says JWT got a sense in its research on over-50 consumers that this group feels very different than their own parents. “Many of them said, ‘When my parents were 50 or 60, that was old, and they behaved like they were old. But for us, it’s different.’”

Aging is dynamic, a moving target, says Hubbell. To wit, Ketchum’s survey says there is no decline in Boomers’ perceived contentment from 50s through 70s, with each cohort saying it's “their best decade yet.” Boomers today are highly fearful of the sedentary, socially isolated life they associate with old age, and they’re actively going the opposite way. Boomers spend more time on Facebook than Millennials, but they use it differently. The technology itself helps them feel vital and relevant, while the ability to stay connected has a huge appeal.

So Boomers are big. But are they valuable to you as a jeweler?

Considering they control 70% of the country’s disposable income, that answer is pretty obvious: heck yes! And Hubbell says they’re going to spend it. They spend $3.5 trillion annually, a 45% increase over the previous decade.

“They still spend on themselves. They have a full tank of gas in the car and they’re going to drive until it’s empty,” he says bluntly. According to Ketchum, Boomers would rather switch brand loyalties than settle for something that doesn’t satisfy.

There also are more single women over 50 than ever, with money to spend on themselves. "We see women coming out of their 40s, the so-called rush hour decade, when they have been building a career or a family or both," says Ketchum partner and chief strategy and creativity officer Karen Strauss. "Many of them have a breakthrough moment at around age 50. They have 'leaned in' to achieve career and family goals, and now they want to start taking better physical and emotional care of themselves."

“Everyone is ignoring the significant chunk exiting to the right and is obsessively focused on the group coming in from the left,” Hubbell says. Younger adults spend about $2.3 trillion annually; about one-third less than older adults. As the infamous Willie Sutton once said, you go where the money is. The first Millennials will not enter their peak earning years until 2020 and the majority not until 2030. That’s a lot of time to sell a lot of jewelry to a lot of well-off Boomers.

The key is making your product desirable to them. The two most expensive purchases people make are houses and cars, and to a great degree those are more emotional than rational purchases. You start out rational but once you find something you love, rationality goes out the window and emotion takes over.

It’s the same with jewelry, says Hubbell. Whether it’s an emotional gift to mark an occasion or just a way of showing that you have good taste and the means to enjoy your success, rationality has little to do with jewelry. It doesn’t even matter if you have a full jewelry box already, he says. To illustrate, he points to the Kitchen Aid line of mixers. Kitchen Aid is known for its powerful, sturdy stand mixers. Originally they came only in white. And since they rarely break, there was little impetus for consumers to buy a new one. But when home kitchens shifted from a workspace to an entertaining space, suddenly a colorful mixer became a decorative statement, not just an appliance. People didn’t know they wanted another mixer—until they did.

So what’s the key to attracting both Millennials and Boomers?

It’s a bridge you build by focusing on values, not age or stage, says Hubbell. Between the younger Boomers and the oldest Millennials entering their peak earning years, that’s 78 million consumers—roughly the size of either generation in its entirety. (And that’s not even counting the overlooked GenX’ers in between.)

“Values are developed in your formative years, and they stay with you for a lifetime.” The way they’re expressed may change, but the values remain constant. For example, Hubbell points to gaming. Boomers’ parents played cards. Boomers played board games. Millennials play digital or online games. But each generation plays.

But there will need to be a paradigm shift in how jewelry is marketed. Tiffany’s homepage lists “50 Gifts Under $500.” That’s their best-selling category, says Hubbell, not the plain engagement ring you can get on 47th Street for one-third the price. 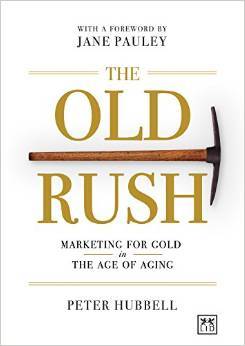 Even if Boomers feel younger than they are and spend like crazy for the rest of their lives, they’re not immortal. Jewelers who want to remain successful need to look at marketplace trends in other industries to see how the winds are shifting. For example, McDonalds’ sales are tanking in the United States, while fresh-casual places like Chipotle and Panera, perceived as healthier choices, are rocketing. Ethical sourcing and fair wages matter more and more to consumers.

Other deep-dive values to bear in mind in building the bridge between Boomers and Millennials: