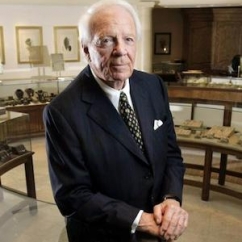 Weber loved the jewelry industry, starting as a stock boy in the 1950s at his family’s Peacock Jewelers store, owned by Selco. He opened and managed another Selco store, but quickly saw that the high end was a more lucrative place than the crowded middle market. It was a realization that would transform his career.

In 1961, he helped host a private party for some of Tulsa’s wealthiest families. He sold only two pieces of jewelry there, but it put him on the map to wealthy Tulsans who didn’t have another local jeweler serving them. His private sales then caught the attention of William Fisher, owner of Miss Jackson’s, an upscale department store in the city’s tony Utica Square center. Fisher invited Weber to hold his private sales at the store, launching a 37-year relationship between the two retailers.

Weber briefly opened his own shop in the mid-1970s, but quickly sold it and went back to Miss Jackson’s. He ran Miss Jackson’s Precious Jewels by Bruce G. Weber for the next 26 years until 2001 when, at age 71, he again opened his own shop—coincidentally on the very same site as his earlier venture. This time the effort stuck, and Bruce G. Weber Precious Jewels—now a division of Columbus, OH-based Diamond Cellar—remained there until moving to a new, expanded location earlier this year.

In addition to his partnership with Miss Jackson’s, Weber’s pedigree included stints with various other department stores and independent retailers, ranging from J.C. Penney to Frost Brothers in San Antonio, TX and Godchaux in New Orleans, LA.

A highlight of Weber’s career was bringing Rolex to Tulsa. But moreover, it was in bringing it into Miss Jackson’s, the only department store to have the brand, otherwise exclusively found in jewelry or watch stores. Like many of his industry peers, Weber saw getting Rolex as his crowning achievement and the sign that he’d “really arrived as a jeweler.” Other high-end lines the store carries include Roberto Coin, Penny Preville, Elizabeth Locke, Chirstopher Designs, Forevermark, Stephen Webster, David Yurman, and many more.

Weber was inducted into the National Jeweler Retailer Hall of Fame in 2012. He is survived by his wife, Jane; three children, Eric Weber, Sherry Weber Wolverton and Lori Weber Cook; five grandchildren and two great-grandchildren. Memorial donations may be made to the Mayo Clinic or Harvard Avenue Christian Church.

Providence, RI—Banice Carl Bazar, a longtime leader in the pearl and jewelry industry, died September 20. He was 90.

He was born in Providence, RI, the son of the late Samuel and Jenny (Bloom) Bazar. He joined the ROTC program at the University of Rhode Island and graduated with a degree in chemistry. He served as a lieutenant in the United States Army, commanding a unit in the 388th Chemical Smoke Generator Company in Korea. His unit was responsible for laying down the smoke screen to protect the infantry. During one operation, the wind changed direction and several soldiers were trapped on the wrong side of the smoke screen. Bazar drove across the line to lead the soldiers back to safety and was awarded the Bronze Star for the action. 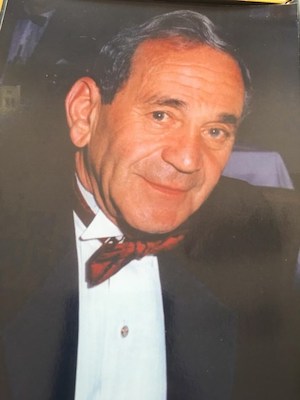 When he returned to the United States, he started a business selling goods to the military post exchanges. A representative of Bulova Watch Co. asked him if he could sell nationwide and he soon began representing hundreds of brands both in and out of the jewelry and watch industry, and opened multiple offices around the United States and Europe before shifting his attention to jewelry.

Bazar opened Sentiment Jewelry, and then acquired Deltah Pearl Company, Giovanni Jewelry Company, and Imperial Pearl Syndicate, combining those under the umbrella of the Bazar Group in Providence.

The family also owned a ski resort inn in Waterville Valley, NH. Bazar was a gregarious host in the lounge at the inn and often was the first one on the ski slope even after a late night. He often brought the entire family, making breakfast for everyone and then racing them to the slopes.

He was predeceased by Beverly, his wife of 66 years, one son, one granddaughter, and by five siblings. He is survived by his children and their spouses: Peter (Charlotte) Bazar, David (Susan) Bazar, Karen (Alan) Bergel, and Ann Bazar; 11 grandchildren, and 15 great-grandchildren.

Bazar was an avid sports fan and the family asks that in lieu of flowers, contributions be made to the University of Rhode Island Foundation to support the men’s basketball team.

Next article:
Tariffs and Rising Gold Prices: A Retailer Strategy To Stay Profitable