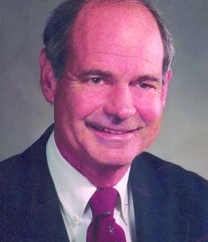 Molteni was born September 19, 1940 in Lynchburg, VA, and was eight years old when his father and uncle, both jewelers, purchased D.B. Ryland and Company from the Ryland family in 1948. They kept the name of the store, which was founded in 1906. Molteni recalls being in the store as a child, playing among the glass showcases and talking to customers. The store closed in 2013 when Molteni retired.

Initially reluctant to join the family business, Molteni later became passionate about it. After graduating from college and serving in the United States Army, Molteni initially went into banking, but after about three years, returned to Bristol to take over the family store.

Molteni became a certified gemologist and a member of the American Gem Society. When he retired in 2013, he told the local newspaper the same thing many other jewelers have said upon retirement: he didn't miss the hustle and bustle of running the store, but he greatly missed the interactions with all his clients, and especially helping them pick out the perfect piece of jewelry for any occasion.

Molteni was active in the community as well, having served as past president of the Bristol Host Lions Club; vice-president of the Bristol Chamber of Commerce; a supporter of the DECA Clubs of Virginia High School; and was an Eagle Scout. He was a member of the Knights of Columbus and served on the pastoral council of his church, Saint Anne Catholic Church.