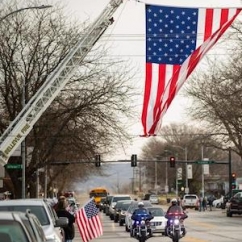 Bellevue, NE—Frank Kumor, a beloved community leader and owner of Erwin’s Jewelers, died December 4 of complications from COVID-19. He was 71. Left, the funeral procession for jeweler Frank Kumar was led by two police officers and two firetrucks bearing an American flag. This and all funeral images by Anna Reed, Omaha World-Herald

A tribute in the Omaha World-Herald called Kumor an icon in the community who touched the lives of many town residents. On Tuesday, those residents formed an automobile funeral procession and lined the town’s main street with signs and flowers to bid their jeweler farewell following a small private service limited to family, due to COVID restrictions.

Kumor was a longtime member of the Bellevue school board, and deeply involved with various downtown and community programs and the Bellevue Chamber of Commerce. He could always be counted on to donate to fundraisers in the community, and was still very active in the community at the time of his death.

“It is just a devastating loss to the community,” said Kevin Hensel, president and CEO of the Bellevue Chamber of Commerce, in the World-Herald article. “Frank is a true icon in Bellevue, a supporter of everything, be it schools or sports or the Chamber of Commerce. There really is no other. It’s hard to believe he’s not with us.”

Kumor served in the Air Force and began working at Erwin’s Jewelers in the 1970s before assuming ownership in 1989, said the paper. As with many longtime community jewelers, he soon began selling wedding rings to the children of parents who also got their wedding rings from him.

What many community members recalled in the article is that he would help those who couldn’t pay for a nice wedding ring—an IOU sufficed. His seven kids often were stopped by random people and told to give their father a thank-you for his help, says the paper. 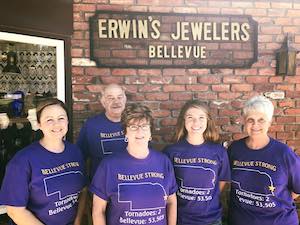 Kumor contracted COVID-19 despite taking careful precautions at the shop. A plexiglass barrier had been installed at the counter and a sign on the door said customers were required to wear masks in the store, although the town doesn’t have a mask mandate. Even so, just about everyone working at the store became ill at the same time, one of Kumor’s sons, a physician, told the paper. 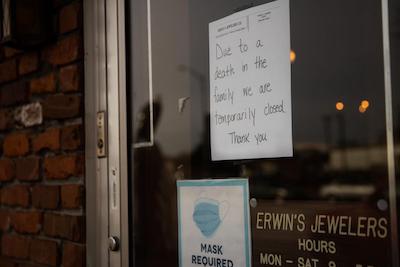 The last social media post from the jeweler, on November 19, read, “We apologize for having to temporarily close the store for a deep cleaning. All of our staff members have Covid a few of us are in the hospital as soon as we can we will open up the doors again I appreciate your business thank you so much for your patience and understanding.”

Kumor was preceded in death by his first wife, Peggy, and his parents and a sister. He is survived by his wife, Pat, five sons, two daughters, two stepchildren, two remaining siblings, and numerous grandchildren and great-grandchildren.

His funeral procession on Tuesday was led by two police officers and two fire trucks bearing an enormous American flag, plus school bus and cars that all made their way past hundreds of residents lining the streets. Omaha World-Herald on Tuesday showed multiple photos of the event. 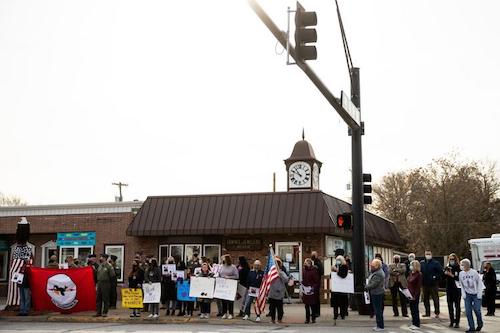