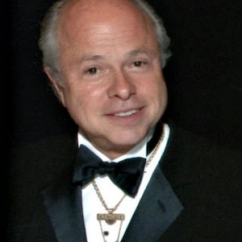 Gesswein was a longtime member of the Twenty-Four Karat Club of the City of New York (since 1984). He is the only Club member who held all six leadership positions: treasurer, secretary, Banquet committee chair, vice president, president, and chairman, says Michael Kaplan, president of Rocket Red Box and a fellow 24 Karat Club leader.

Gesswein also was active in other leadership roles in the industry, namely with the variety of charities that once had industry chapters: NCCJ, UJA, B’nai Brith, and more. He was also active with various industry organizations such as JVC and JSA, and held leadership positions in various business organizations outside the industry, including YPO and the Bordeaux Society of Wine Connoisseurs.

Gesswein was renowned among his friends for his generosity, elegance, and culture, as well as for being an innovative leader in the family-owned tool company.

The Gesswein Company was founded by Paul H. Gesswein in 1914 as an importer of quality European tools, which at the time were far superior to any that were domestically made. Roger Gesswein Sr. took over management of the company in the 1930s, and Roger Jr., along with his siblings, Janet Gesswein Mutti and Dwight Gesswein, entered the business in the 1960s and helped to greatly expand it and build a base of global, as well as American, customers. Janet Gesswein Mutti passed away in 2004.

Gesswein was a great aficionado of fine food and wine, travel, fine cigars, art, and music. Every year, on the Friday evening prior to the 24 Karat Club’s annual banquet, Gesswein would host a party at his home, welcoming guests from around the globe who were in town for the festivities.

Bill Furman, the former longtime sales manager for JCK and a close friend of Gesswein’s, reminisces. “He was incredibly refined—like a Renaissance man—and I never heard him use a curse word, but he was the most quietly successful, humble guy.” Furman recalls an incident more than 20 years ago when Roger pulled out multiple bottles of wine and began teaching Furman’s teenage son all about French and Italian wine.

On a personal note, I can vouch for Furman’s description of Roger as an elegant and humble man. Even before I became a member of the 24 Karat Club, Roger always took time to greet me charmingly, and thoughtfully answer any questions I had about the industry. He and his wife, Farideh, always welcomed me graciously to their home for their famous annual pre-24 Karat party.

"These are the people who nurtured and guided Roger through his long and difficult struggle and cared for him with love and compassion throughout his final months, weeks and days," says a statement from the family.