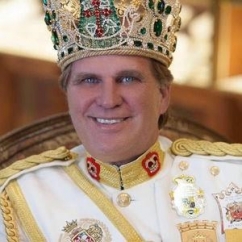 Born in Cherry Point, NC, Green grew up in a military family, moving frequently before settling in San Antonio. TX. He was a graduate of MacArthur High School, and became immersed in the jewelry industry shortly after discovering his talent for sales. He began his jewelry career in 1975 when he became a buyer and salon manager for the former Frost Brothers Precious Jewels. In 1985, Green became the general manager of the Dennis Jewelry Co., an upscale store in San Antonio.

Green loved the jewelry industry and the close-knit relationships of the store staff, vendors, customers, and even competitors. After 30 years in the industry with both Frost and Dennis, Green opened his eponymous J Green Jewelers on November 30, 2005. It was a true family affair, with Green’s wife, Pamela, son James, and daughter Rebekah all working in the store, a 5,000 square-foot salon featuring fine designer jewelry, estate jewelry, fine timepieces, and diamonds.

J Green Jewelers has won awards both locally and nationally (including the Wall Street Journal's naming the store in 2008 as the Couture Jeweler of the Year and Best Jewelry Store in the United States), and enjoyed a sterling reputation throughout the industry. Cap Beesley, one of the industry’s leading authorities on colored gemstones, often referred to Green as another of the leading authorities on colored stones in the United States.

Philanthropy, faith, and public service were very important to Green, a devout Christian who donated his time, talents, merchandise, and money to charities in San Antonio and the surrounding communities. More than 100 local and national charitable organizations benefited from his commitment, such as raising $203,000 for The Rey Feo Consejo Educational Foundation, or his year of serving as a goodwill ambassador for the city of San Antonio where he visited nursing homes, hospitals, orphanages, and more than 120 elementary schools, encouraging thousands of young people to stay in school.

In lieu of flowers the Green Family asks that memorial contributions be made to the Rey Feo Consejo Educational Foundation. Details about visitation and memorial service, scheduled for November, can be found here.