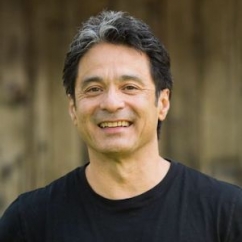 Polisano and his wife, Diane Chrambanis, were the force behind Diana Vincent, early leaders in the designer jewelry movement. The groundbreaking design team’s brand was renowned for its distinctive work in the early 1980s, winning multiple awards including a coveted De Beers Diamonds International Award. Chrambanis is the principal designer, while Polisano focused more on the business aspect. He was one of the founding members of the American Jewelry Design Council.

The two opened their own branded jewelry store near New Hope, PA, a Bucks County town famous for its high concentration of artists and a theatre. Although they eventually left the wholesale and tradeshow circuit to focus on their retail business, including custom design, Polisano was remained active in the industry, particularly in the Keystone Guild of the American Gem Society.

On a personal note, Diane and Vincent were not just designer friends I’d met as a young fashion editor, they were friends and fellow Philadelphians. Although they’d stopped exhibiting at trade shows by the mid-1990s, I ran into them a few years ago in Las Vegas one evening. They were attending as buyers and I was running around the way editors always do. We’d all had our fill of Vegas that day, and on the spur of the moment as we met in the hallway of Mandalay Bay Convention Center, we decided to blow off the evening’s events and go have a casual dinner, just three Philadelphians in Sin City.